Our panel says the top hoops freshman is … 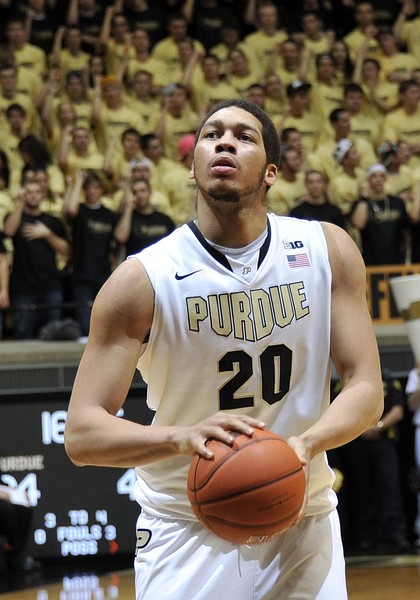 Take a look around the Big Ten, and you?ll see many of them: freshmen playing big roles for teams. In fact, it has become common for freshmen to come in and not just contribute but grab the starring role.

That?s the case at Michigan. The No. 1 team in the nation has arguably the best collection of freshmen in the Big Ten that includes Glenn Robinson III, Nik Stauskas, Mitch McGary, Caris LeVert and Spike Albrecht.

The Wolverines quintet is joined by other standout freshmen who are helping make the Big Ten so good this season, including the likes of Wisconsin?s Sam Dekker, Indiana?s Yogi Ferrell, Purdue?s A.J. Hammons, Michigan State?s Gary Harris and Iowa?s Mike Gesell, Adam Woodbury and Anthony Clemmons, among others.

Harris entered the week leading all Big Ten freshmen with a 12.8-point average. Stauskas averages 12.6 and Robinson 12.1. Hammons is the top freshman rebounder with a 6.2 average, and he paces the league in blocks with 2.1. Ferrell is leading Big Ten freshmen in assists with a 4.5 average, while Stauskas leads the league in three-point shooting (49.5 percent) and three-pointers per game (2.6).

I polled eight writers who cover the Big Ten and asked them to rank their top five freshmen in the conference in my latest edition of Big Ten Surveys. A first-place vote got five points; second place four; third three, etc.

Here are the results.

Worth noting: Harris, Robinson, Stauskas and Ferrell appeared on each ballot. Hammons was on five ballots; Dekker was on three; Ronnie Johnson appeared on two. ? Harris netted five first-place votes; Robinson three. ? Harris was voted as low as fourth on one ballot. ? Stauskas, Hammons and Dekker each received second-place votes.