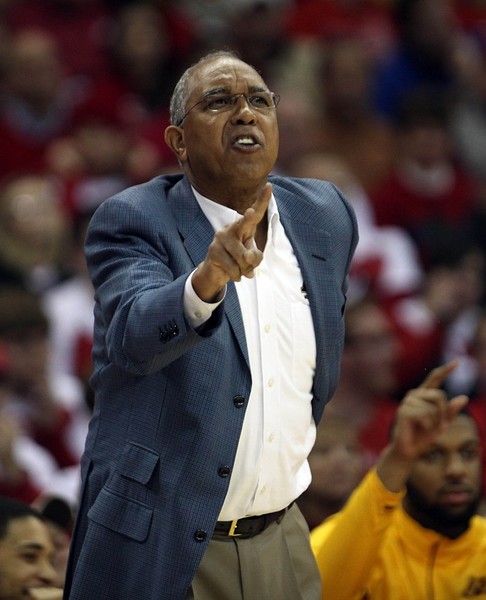 Just a couple weeks ago, Minnesota was 15-1 and in the top 10 of the national polls. Fast forward to today, and the Gophers have lost four straight – a funk that keeps them dropping in my Power Rankings. Where does your team land on my latest list? Find out in this post. Oh, and feel free to send me your thoughts, either in the comment box at the bottom of the post or on Twitter (@BTNBrentYarina).

1. Michigan, (19-1, 6-1) – The nation's new No. 1 team, Michigan has an average margin of victory of 18 points in its six Big Ten wins. Its narrowest victory: 8 points in a nationally televised prime time game at a jacked-up Williams Arena.
Last week: No. 1

3. Michigan State, (17-4, 6-2) – Adreian Payne has turned himself into one of the Big Ten's elite big men. And if Sunday's shooting effort is any indication, expect him to drain more 3s – which will open up driving lanes for Keith Appling and Gary Harris.
Last week: No. 3

5. Wisconsin, (14-6, 5-2) – Is it time to worry about Jared Berggren? The senior hasn't scored in double digits in four consecutive games and has blocked only two shots in the same stretch. Previously, Berggren had 16 double-digit efforts in 18 games and averaged 2.1 blocks.
Last week: No. 5

6. Minnesota, (15-5, 3-4) – Losers of four straight, it's no secret, the Gophers and Tubby Smith are frustrated. Keep this in mind, though: The losses came at Indiana, vs. Michigan, at Northwestern and at Wisconsin. We should see better results this week, vs. Nebraska and Iowa.
Last week: No. 4

7. Purdue, (11-9, 4-3) – What about Matt Painter as an early Big Ten Coach of the Year candidate? After a rough nonconference season that included a loss at Eastern Michigan, the young Boilers play a physical brand of ball that no team wants to face.
Last week: No. 8

8. Iowa, (13-7, 2-5) – As promising as Adam Woodbury's future is, it might be time for Fran McCaffery to consider giving the heralded freshman a mental break. In his place, juniors Melsahn Basabe and Zach McCabe should receive more minutes.
Last week: No. 7

9. Northwestern, (12-9, 3-5) – The Wildcats have rotated wins and losses the last six games, and all things considered, that's a pretty solid accomplishment. Jared Swopshire's improved play (13 ppg, 9.5 rpg, 1.8 spg in last 4) makes this team dangerous on any night.
Last week: No. 9

10. Illinois, (15-6, 2-5) – Losers of four out of five, the lone win coming at Nebraska, it doesn't get any easier for the frustrating Illini. Here's the team's next next six tests: at Michigan State, vs. Wisconsin, vs. Indiana, at Minnesota, vs. Purdue, at Northwestern. Yikes!
Last week: No. 10

11. Nebraska, (11-10, 2-6) – In three games since Brandon Ubel returned from an elbow injury, the Huskers are 2-1. It's not a coincidence, either. The senior leader is averaging 12 points, eight rebounds (4 offensive) and 1.3 blocks on his way to providing a huge lift in winnable matchups.
Last week: No. 11