Did You See This? Jared Berggren's late show 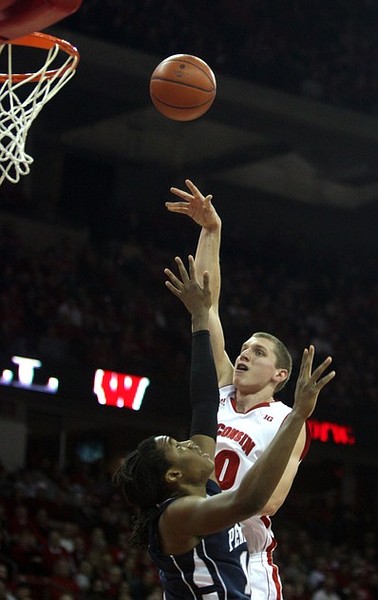 Wisconsin held a small lead late in the game on Thursday night, but Penn State wouldn't go away for most of the second half.  And then the 6-foot-10 Jared Berggren delivered two smashing dunks. On the first, he took a nice bounce pass from Mike Bruesewitz.

Then later, with the Nittany Lions closing in, Berggren took a pass inside, spun around his defender, and slammed home an emphatic dunk with one hand that all but sewed up the game for the Badgers.