Get ready for bowl games on New Year's Day 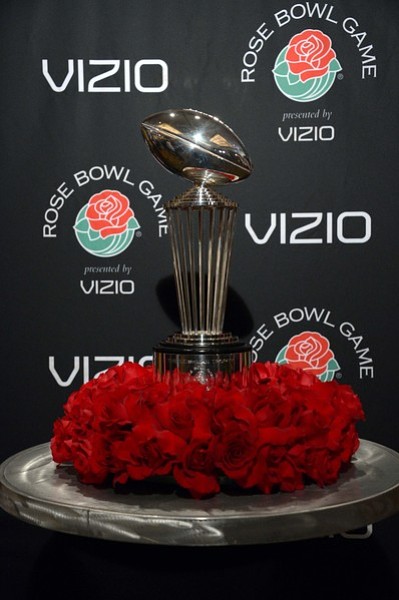 With five Big Ten football teams playing in Jan. 1 bowl games, it's time to get ready for Tuesday's college football marathon with BTN.com senior writer Tom Dienhart's bowl previews. And don't forget to watch BTN for three bowl shows Tuesday, including our pregame show at 11 a.m., our Rose Bowl pregame show at 4:30, and our wrap-up show at 9 p.m.

Gator: Northwestern (9-3) vs. Mississippi State (8-4), Jacksonville, noon ET, ESPN2
Northwestern is looking to end a nine-game bowl losing skid and take another step in its evolution as a program under Pat Fitzgerald. And the Wildcats will be facing a Mississippi State squad that finished the season by losing four its last five games. Read the full preview here.

Heart of Dallas: Purdue (6-6) vs. Oklahoma State (7-5), Dallas, noon ET, ESPN U
Purdue will arrive in Dallas without head coach Danny Hope, who was fired after four seasons despite guiding the Boilermakers to a second bowl in succession. This is a chance to punctuate a second consecutive season with a bowl win, which hasn?t happened since winning back-to-back Alamo Bowls in 1997-98. And the Boilermakers arrive with some momentum, having won three in a row. Read the full preview here.

Outback: Michigan (8-4) vs. South Carolina (10-2), Tampa, Fla., 1 p.m. ET, ESPN
Michigan came close to winning the Legends Division but still is in search of its first league title since 2004. A win here would prime the program for a strong run in 2013, as this is a young roster. Three of the team?s four losses were to the top three teams in the nation: Notre Dame; Alabama; Ohio State. The other was to 10-win Nebraska. Read the full preview here.

Capital One: Nebraska (10-3) vs. Georgia (11-2), Orlando, Fla., 1 p.m. ET, ABC
This is a battle between the losers of their respective conference title games. It also is a game that will feature one of the better quarterback matchups, with Nebraska?s Taylor Martinez facing off with Georgia?s Aaron Murray. And which Cornhusker defense will show up? The one that allowed 653 yards at UCLA, 63 points at Ohio State and 70 points to Wisconsin in the Big Ten title game? Or the one that backstopped a six-game winning streak leading into the league title game? Read the full preview here.

Rose: Wisconsin (8-5) vs. Stanford (11-2), Rose Bowl, Pasadena, Calif., 5 p.m. ET, ESPN
If you like tough, physical, smash-mouth football, you?ll love this game. Wisconsin and Stanford are mirrors of each other in many ways. The Badgers are in the Rose Bowl for a third season in a row. The last Big Ten team to pull off that feat was Michigan after the 1976-78 seasons. Read the full preview here.