Capital One Bowl: Nebraska vs. Georgia 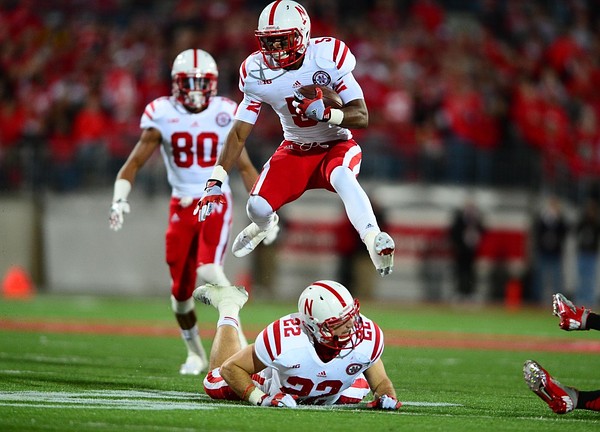 This is a battle between the losers of their respective conference title games. It also is a game that will feature one of the better quarterback matchups, with Nebraska?s Taylor Martinez facing off with Georgia?s Aaron Murray. And which Cornhusker defense will show up? The one that allowed 653 yards at UCLA, 63 points at Ohio State and 70 points to Wisconsin in the Big Ten title game? Or the one that backstopped a six-game winning streak leading into the league title game?

Player of the spot: Nebraska QB Taylor Martinez. He needs to have a huge game if the Huskers want any shot of winning. Martinez is coming off a rough outing in the Big Ten championship game, hitting just 17-of-33 passes for 184 yards with no touchdowns, two interceptions and a lost fumble. He did rush 19 times for 140 yards and two scores. Still, the junior must eliminate the bad play and make some big ones. Being careless has been an issue all season for Nebraska, which leads the Big Ten in fumbles lost with 21 and turnovers with 32.

Top individual matchup: Nebraska linebacker Will Compton vs. Georgia running back Todd Gurley. Compton and his linebacking cohorts must be dialed in after allowing Wisconsin to run for 539 yards. The Bulldog freshman has been a revelation, running for 1,260 yards with eight 100-yard games and 16 touchdowns. No SEC running back had better numbers. Fellow freshman Keith Marshall also is precocious, running for 723 yards and eight touchdowns.

Top unit matchup: Nebraska offensive line vs. Georgia defensive line. The Cornhuskers have the Big Ten?s top rushing attack (254.5 ypg). Players like guard Spencer Long pave the way for a plethora of good runners, including Martinez (973 yards rushing) and backs Ameer Abdullah (1,089) and Rex Burkhead. The Bulldogs have proven to be vulnerable vs. the run, ranking No. 12 in the SEC in rush defense (177.8 ypg).

1. Redemption. This game is a chance for the Cornhuskers to get the bad taste out of their mouth from a catastrophic 70-31 Big Ten title game loss to Wisconsin. This Georgia team is better than any squad Nebraska has faced all season. Win here, and it undoes-to a degree-that horrid night in Indianapolis and sets the table for a strong 2013.

2. Taylor Martinez. Yes, the junior is prone to make a bad throw. And he can be careless with the football while running. But, golly, he?s a fabulous runner who can score-any-time-he-touches-the-ball. Want more? Martinez is No. 1 in the Big Ten in passing efficiency. And he is a gutty leader, driving Nebraska to wins on four occasions after trailing by double-digits in the second half.

3. The Bulldogs were on the doorstep of playing for the BCS title before succumbing, 32-28, to Alabama in the SEC title game. It was a gut-wrenching loss. How will Georgia recover? What will be its psyche? Will the Bulldogs even wanna play in this game?

1. Georgia is good. Really good, finishing 11-2 overall and 7-1 in the SEC. The Bulldog defense is No. 17 in the nation in scoring (18.8 ppg) and the offense is No. 18 in scoring (37.2 ppg). And Georgia is battle-tested, playing the likes of Alabama, Florida, South Carolina and Vanderbilt.

2. Former Colts coach Tony Dungy has said that if junior quarterback Aaron Murray opts to turn pro, he could be the first signal-caller picked. This season, he had 31 touchdown passes and just eight picks along with 3,466 yards passing. Murray?s fav targets are Tavarres King and Malcolm Mitchell.

3. Defense. While the Bulldogs have allowed some rushing yards, this still is a fast and athletic defense. Nebraska must deal with stars like linebacker Jarvis Jones; tackle John Jenkins (has since been suspended); linebacker Alec Ogletree; safety Bacarri Rambo. Jones was named the SEC Defensive Player of the Year. Enough said.