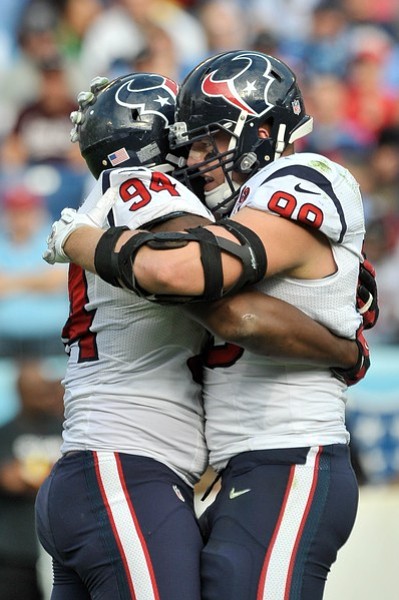 Every week during the NFL season, Brent Yarina singles out the best offensive, defensive and special teams performances by Big Ten products and links to their NFL.com highlights. View all the former Big Ten players on NFL active rosters. See Brent's Week 13 winners in this post.

CO-OFFENSE: Russell Wilson, QB, Seattle: The one-year Wisconsin stud rallied Seattle to a 23-17 overtime victory at Chicago. Wilson completed 23-of-37 passes (62 percent) for 293 yards and two touchdowns, including the game-winner in overtime (Watch highlights). Best of all, the rookie, who added 71 rushing yards, had zero turnovers against Chicago's opportunistic defense.

Brandon Myers, TE, Oakland: Though it came in a losing effort, the Iowa ex had a career day in Oakland's 20-17 loss to Cleveland. Myers hauled in a ridiculous 14 passes for 130 yards and one touchdown (Watch TD).

SPECIAL TEAMS: Alex Henery, K, Philadelphia: The Nebraska product had a perfect performance Sunday night at Dallas, connecting on both of his field goals and all three of his extra points, for a total of nine points.

Here's a gallery, courtesy U.S. Presswire, of some of the best photos of Big Ten products in Week 13.