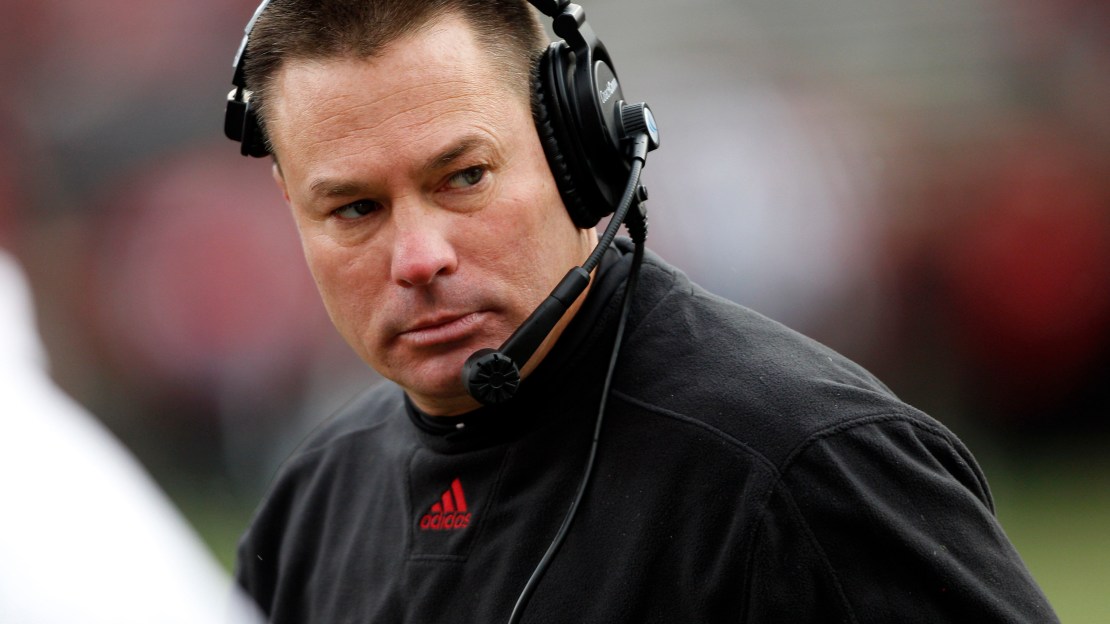 It?s apparent that Cincinnati?s Butch Jones is the top target for the Purdue job. Colorado also is in hot pursuit of Jones. Jones was reported to be in West Lafayette on Sunday interviewing to replace Danny Hope, who was fired after four seasons with a 22-27 record. Outlets also report that Jones was in Colorado on Monday to interview.

Colorado is reportedly offering a five-year deal for $13.5 million. Jones, a hot commodity last year when he was linked to jobs at North Carolina, UCLA and Illinois, makes $1.57 million at Cincinnati.

Logic would dictate that Jones-who is represented by Trace Armstrong–will make a decision soon. If Purdue doesn?t land Jones, it could go any number of directions. Purdue athletic director Morgan Burke has said he?d like to hire a coach with head coaching experience who comes with an offensive background. He also has said he?s willing to offer a competitive salary after Hope was the lowest paid Big Ten coach with a $950,000 base salary.

Other coaches with current or former Big Ten ties are reportedly involved in some coaching searches.

Former Purdue OC Jim Chaney, who most recently held the same post at Tennessee, is being linked to the same job at Missouri. Chaney-a Missouri native–interviewed for the Mizzou head coaching job in 2000 that eventually went to Gary Pinkel.

Wyoming OC Greg Brandon also is being mentioned for the Mizzou OC job. He coached receivers at Northwestern under Gary Barnett and recently worked under former Mizzou OC Dave Christensen at Wyoming.

Michigan State defensive coordinator Pat Narduzzi remains a hot commodity, as he?s one of the best in the biz. There is buzz around him and the Boston College job.

Ex-Illinois coach Ron Zook is being mentioned for the South Florida job. Zook, of course, was the Florida head coach at one time.

Ex-Ohio State receivers coach Darrell Hazell is being mentioned for several jobs, including the Cal post.

Northwestern offensive coordinator Mick McCall has been mentioned at Colorado.

Current Ohio State co-offensive coordinator and offensive line coach Ed Warinner could emerge as a candidate for some jobs.