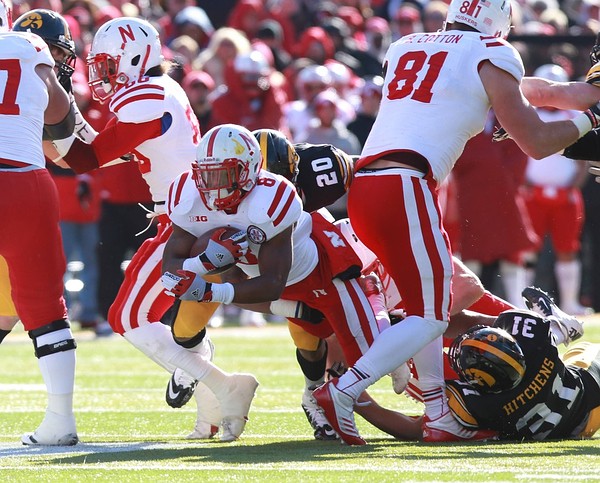 Here are three things I observed during Nebraska's big win at Iowa on Friday.

1. It wasn?t pretty, but it was a win. And Nebraska will take it. The Cornhuskers are headed to the Big Ten title game as the Legends Division representative. Now, Nebraska will take aim on its first league title since winning the Big 12 in 1999. The Huskers will meet Wisconsin for the championship. Earlier this season, Nebraska rallied from a 17-point deficit to beat the Badgers, 30-27, on Sept. 29.

2. It was nice to see Nebraska running back Rex Burkhead back. He has been sidelined for most of the season because of a knee injury first suffered in the opener vs. Southern Miss. But he played today and scored the go-ahead touchdown in the Cornhuskers? win in Iowa City. Burkhead ran 16 times for a team-high 69 yards on a day when passing the football was a challenge because of the elements.

3. Iowa?s season is mercifully over. The Hawkeyes weren?t expected to be serious contenders for the Legends Division crown. But no one envisioned the team finishing the season 4-8 and riding a six-game losing skid. The season-long struggle on offense continued, as Iowa had just 200 yards. Next year can?t get here soon enough.