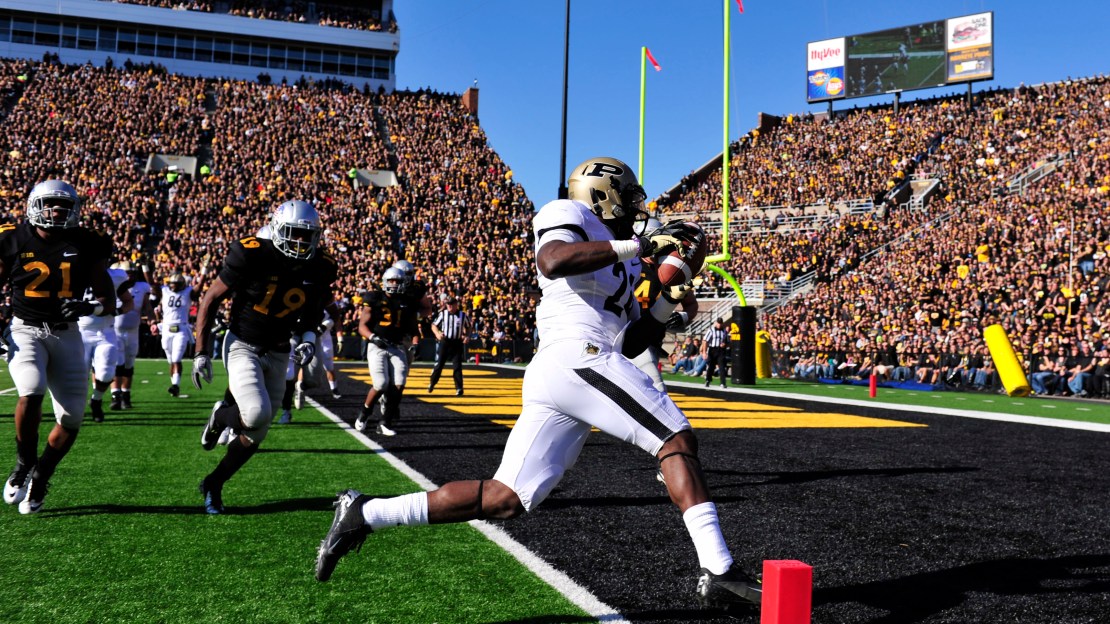 Purdue led 24-14 before Iowa (4-6, 2-4) rallied to tie the game with 3:32 left. But the Boilermakers stuffed the Hawkeyes on fourth down at the Purdue 35-yard line, and then drove 37 yards to set up the game-winning kick by Griggs.

James Vandenberg had 190 yards passing and a TD for Iowa, which has lost four straight for the first time since 2007.

RECAP: The game between Purdue and Iowa came down to the final play, culminating when Paul Griggs drilled a 46-yard field goal as time expired to clinch a 27-24 victory on Saturday at Kinnick Stadium. The Boilermakers' Robert Marve was good for 265 yards during the game, completing 25 of 33 passes. Marve tossed two touchdowns and no interceptions. Antavian Edison was a key target for Marve. He hauled in five catches for 50 yards.

Purdue racked up the yards against the Hawkeyes on its way to victory. The Boilermakers gained 278 yards passing and 211 yards rushing as it dominated Iowa's defense.

Home run plays keyed Purdue's scoring attack. The Boilermakers had six plays of 20 yards or more on their way to victory. With 2:12 to go in the third quarter, Ralph Bolden ran 56 yards, Purdue's biggest gain of the game. Later in the drive, Marve tossed a 10-yard touchdown to Gary Bush, which gave the Boilermakers a 24-14 lead.

James Vandenberg threw for 189 yards while going 19-36 for the Hawkeyes. He threw one touchdown and no interceptions. Vandenberg also ran for 31 yards on eight attempts.

Iowa's offense finished the game having gained 263 yards. In addition to Vandenberg's efforts through the air, the Hawkeyes could only muster 74 yards rushing on 31 attempts.