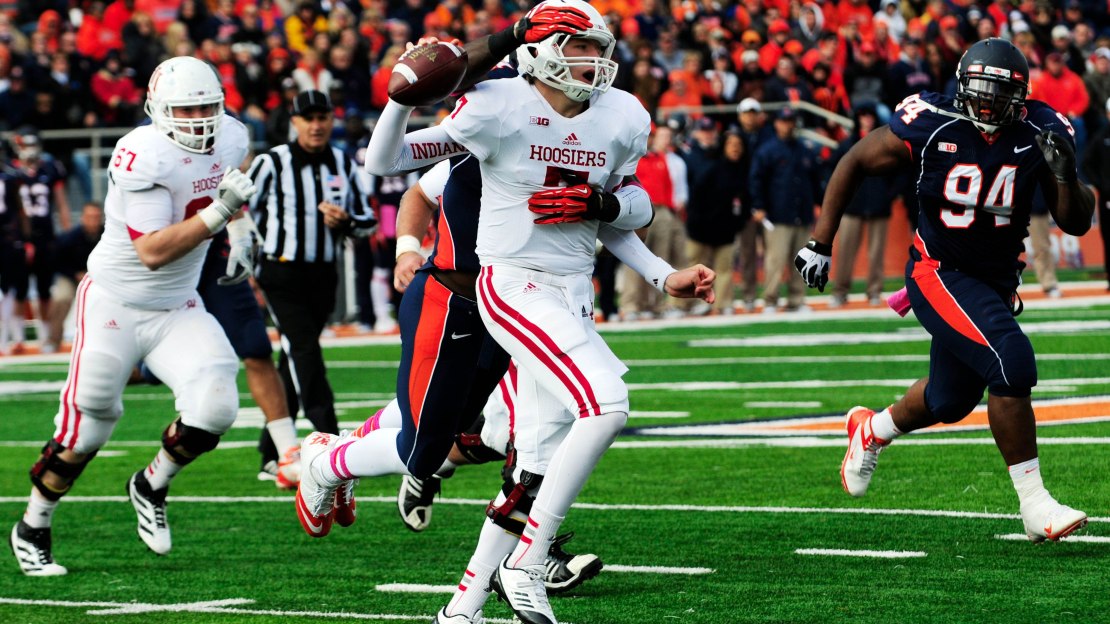 Every Saturday during the Big Ten football season, BTN.com senior writer Tom Dienhart watches all the action and offers his Snap Reactions. See Dienhart's immediate thoughts from Northwestern and Indiana's wins over Iowa and Illinois, respectively, in this post.

2. After being in a three-game slumber, the Northwestern offense came to life with a 433-yard effort. The rushing attack was particularly impressive with 349 yards. Kain Colter (166) and Venric Mark (162) each eclipsed the 100-yard barrier. And Mark became the school?s first 1,000-yard rusher since 2006.

3. Iowa may struggle to get to six wins and play in a bowl. The loss today makes the Hawkeyes 4-4. The last four games: at Indiana; Purdue; at Michigan; Nebraska. Iowa is struggling in every phase of the game, even having a punt blocked today.

Indiana 31, Illinois 17
1. Indiana ends an 11-game Big Ten losing streak. The last time the Hoosiers won a league game? The end of the 2010 season, when Indiana won in overtime at Purdue. The Hoosiers may not be finished winning yet with games vs. Iowa and at Purdue. Indiana had come so close this season, dropping narrow losses to Ball State, Michigan State, Ohio State and Navy. Nice to see IU break through.

2. Indiana may want to think about starting Nate Sudfeld at quarterback. After starter Cam Coffman tossed a pick, Sudfeld took over and looked good in hitting 10-of-15 passes for 107 yards with two touchdowns. Not bad for a true freshman. Indiana has scored over 24 points in each game, the first time it ever has done that through the first eight games of a season.

3. This may be rock bottom for Illinois. Today?s loss makes it five in a row for the Fighting Illini. Illinois didn?t look like a team that was coming off a bye and had a chance to gather itself. A better effort is needed, especially from an offensive line that yielded seven sacks to an Indiana team that entered the game with only 12 sacks.