Dienhart: My 12 questions for your 12 teams 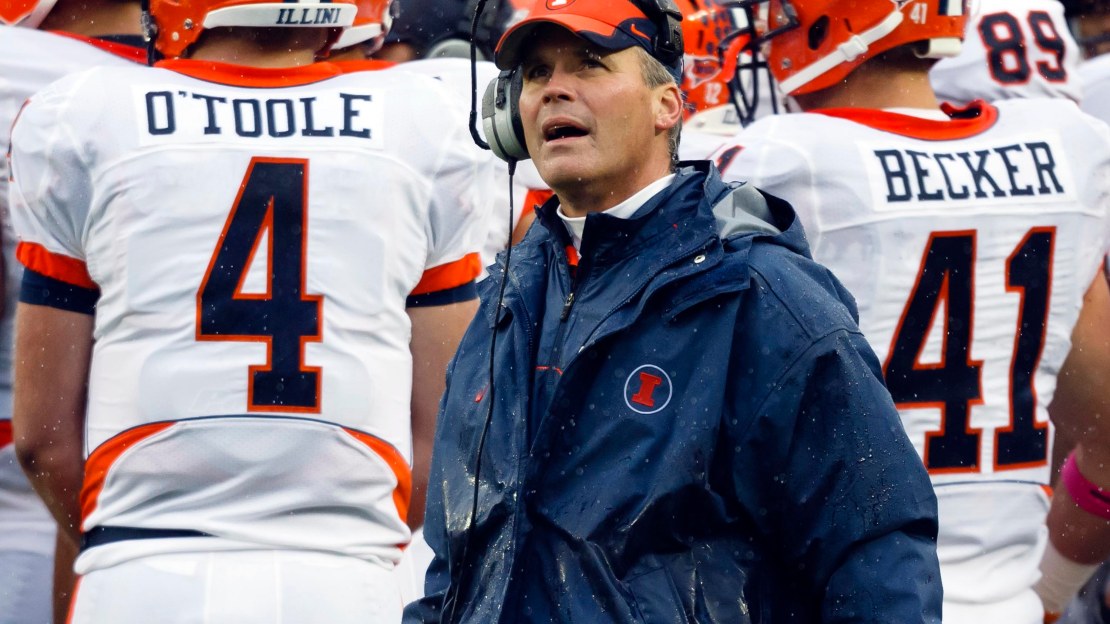 Saturday is almost here. Here are my most pressing questions for each school as we kick it into overdrive and head into the second half of the 2012 football season. Also, catch "The Football Report" tonight at 7 p.m. ET as I'll be making an appearance with Mike Hall, Rosevelt Colvin, and Tony banks.

Illinois: Will the Illini solve problems during an off week? There are a lot to solve. Offense? Defense? Special teams? They all have had issues during a four-game losing skein. Illinois is last in the Big Ten in scoring (18.1 ppg) and 11th in scoring defense (30.7 ppg). Enough said.

Indiana: Can the offense keep rolling? It?s likely the Hoosiers? best shot at victory. The attack ranks No. 2 in the Big Ten (473.0 ypg). The defense? It is No. 12 (463.8 ypg). Bottom line: Indiana must outscore Navy if it wants to win. And the Hoosiers appear equipped to do so.

Iowa: Will the run game have life if Mark Weisman doesn?t play? The sophomore sensation hurt an ankle last week in the win at Michigan State. Greg Garmon and Jordan Canzeri are listed 1-2 on the depth chart, but neither has shown they can carry the load. By the way: Penn State foes average just 3.7 yards per tote and have just four rushing touchdowns.

Michigan: Can Denard Robinson keep being Denard Robinson? Since that ugly 13-6 loss at Notre Dame, Robinson has run for 235 yards vs. Purdue and 128 vs. Illinois in back-to-back wins. He also combined for just 27 pass attempts in those two games. Robinson threw it 24 times vs. the Irish and over 20 in each of the first four games (2-2 record). You see where I am going with this? But running may be tough vs. a Michigan State defense that is No. 1 in the Big Ten vs. the rush (91.3 ypg).

Michigan State: Can the passing game finally take flight? Running back Le?Veon Bell can only do so much. A banged up line must protect better, quarterback Andrew Maxwell must be more efficient and the receivers need to be more consistent if the Spartans want any shot to win at Michigan and notch an unprecedented fifth victory in a row over the Wolverines.

Minnesota: Can the offense find life? The Gophers haven?t scored more than 17 points in any game that quarterback MarQueis Gray hasn?t started. Guess what? He?s not listed as the starter this week at Wisconsin, as Gray continues to deal with knee and ankle issues. It?s Max Shortell under center. Uh-oh.

Nebraska: Will the defense have success dealing with a mobile quarterback? History says ?no.? Nebraska has played two such signal-callers this season vs. UCLA and Ohio State. The result: A combined 715 yards rushing allowed. Oh, and the Huskers lost both games. This week: Nebraska must deal with Northwestern and its mobile quarterback Kain Colter.

Northwestern: Will the run defense continue to shine? The fact the Wildcats are No. 2 in the Big Ten vs. the run is impressive, allowing just 109.9 ypg. The front seven will be tested by Nebraska and its No. 1 rushing attack in the conference (292.0 ypg).

Ohio State: Will the defense improve? The unit has been ripped for a combined 87 points the past two weeks. The root of the issue: spotty play at linebacker. Playing a struggling Purdue offense that has a combined 27 points the last two weeks may be just what the doctor ordered for this maligned unit.

Purdue: Will the real Boilermaker defense show up? The unit was billed as one of the better ones in the Big Ten before the season. But things have gone south since a strong start, as Purdue has yielded an aggregate 771 yards rushing the last two weeks. Stopping Ohio State and Braxton Miller won?t be easy this Saturday. The Buckeyes are No. 8 in the nation in rushing (263.6 ypg).

Wisconsin: Can Montee Ball keep rolling? The senior is gaining steam after a slow start, ranking No. 4 in the Big Ten in rushing (116.6 ypg) with a league-high 11 rush touchdowns. The last two games, Ball has run for a combined 363 yards on 48 carries for an average of 7.6 yards per tote. Minnesota and its No. 8 rush defense (150.7 ypg) will have its hands full.