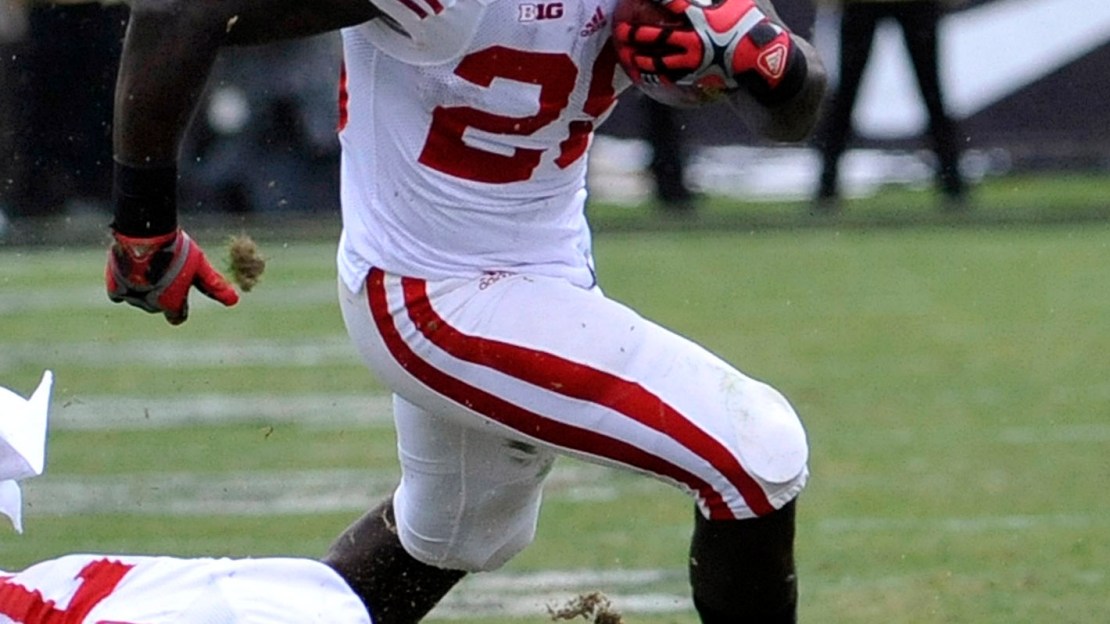 With Week 7 behind us, it's time for my latest Big Ten Player Rankings. Again, I'm doing these a little different this year. Whereas I used to rank the top 10 players – a practice that was tough due to all the talent on both sides of the ball – I'll rank the top six offensive and defensive players each week.

3. Matt McGloin, QB, Penn State – McGloin and Penn State were on a bye week Saturday, but the senior still leads the Big Ten in passing yards per game (249.8) and is tied for most TD passes (12). The unexpected five rushing scores are gravy.
Week 7 stats: Bye week | 2012 stats
Previous ranking: No. 2

5. Mark Weisman, RB, Iowa – Heading into Saturday, no running back had rushed for more than 62 yards against Michigan State. Enter Weisman, who racked up 116 yards – his fourth consecutive 100-yard game – and scored the overtime-forcing touchdown (Watch TD) in Iowa's upset victory. The numbers could have been better, too, as an ankle injury forced Weisman to miss the overtime sessions.
Week 7 stats: 26 car., 116 yards, 1 TD; 2 rec., 5 yards | 2012 stats
Previous ranking: No. 4

6. Denard Robinson, QB, Michigan – Imagine the numbers Robinson would have put up Saturday had it not been for an early finger injury or the lopsided score that sent the quarterback to the bench in the fourth quarter. Regardless, Robinson totaled 287 yards and accounted for four touchdowns (Watch TD pass to Gallon | Watch 49-yard TD run) on limited touches (11 attempts, 11 carries).
Week 7 stats: 7-11, 159 yards, 2 TD, 0 INT; 11 car., 128 yards 2 TD | 2012 stats
Previous ranking: T-No. 6

DEFENSE
1. Michael Mauti, LB, Penn State – Much to the delight of Big Ten offenses, Mauti and Penn State were on a bye this week. The Nittany Lions return to action Saturday in a big-time clash at Iowa – a game that surprisingly features two 2-0 Big Ten teams.
Week 7 stats: Bye week
Previous ranking: No. 2

2. Kawann Short, DT, Purdue – OK, it's officially time to hit the panic button when it comes to the Purdue defense. Despite the unit's recent struggles – and that's putting it politely – Short remains a dominant and big-play threat on the defensive line.
Week 7 stats: 3 tackles, 1 TFL, 1 blocked kick
Previous ranking: No. 1

4. Jake Ryan, LB, Michigan – Few Big Ten defenses are playing better than Michigan's recently, and Ryan is one of the main reasons behind it. The Wolverine was absolutely scintillating in Saturday's shutout of Illinois.
Week 7 stats: 11 tackles, 3.5 TFL, 1.5 sacks, 1 FF
Previous ranking: NR

5. Bradley Roby, CB, Ohio State – Check out Roby's highlights the last three weeks: Blocked punt; two-interception game, including a pick-6; and a touchdown on a blocked punt (Watch TD). Not too bad. And don't forget about the 14 tackles and six pass breakups, either.
Week 7 stats: 1 tackle, 3 pass breakups, 1 TD
Previous ranking: No. 5