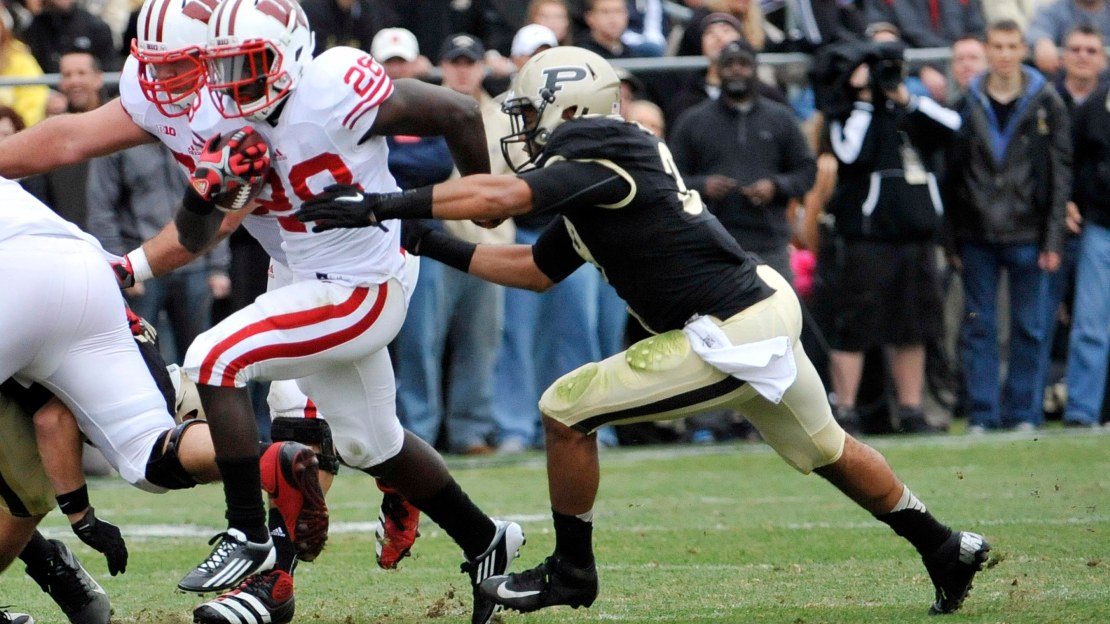 Montee Ball ran for a career-high 247 yards and scored three touchdowns to help Wisconsin beat Purdue 38-14 on Saturday afternoon. James White added 124 yards rushing for the Badgers (5-2, 2-1 Big Ten), who outgained Purdue 645 yards to 252. The Badgers pounded out 467 yards rushing in the rain.

The win gives Wisconsin a favorable position in the Big Ten's Leaders Division, especially since Ohio State and Penn State cannot qualify for the conference title game because of NCAA rules violations.

FINAL: Montee Ball broke out against Purdue, piling up 247 rushing yards and scoring three touchdowns to lead Wisconsin to a 38-14 victory on Saturday at Ross-Ade Stadium.

The Badgers' offense dominated, ripping off huge chunks of yardage. Wisconsin burned the Boilermakers' defense for 11 plays of more than 20 yards. With 14:23 to go in the third quarter, Ball turned a handoff into a 67-yard touchdown, the Badgers' longest play on the day. The touchdown gave Wisconsin a 24-7 lead.

Purdue's offense finished the game having gained 248 yards, including 124 passing yards on 11 completions. The Boilermakers also moved the ball on the ground, earning 124 yards on 28 attempts.

The Badgers' Joel Stave was good for 178 yards during the game, completing 12 of 21 passes. Stave tossed one touchdown and one interception.