Dienhart: 'I'm not sure if anyone can beat Ohio State' 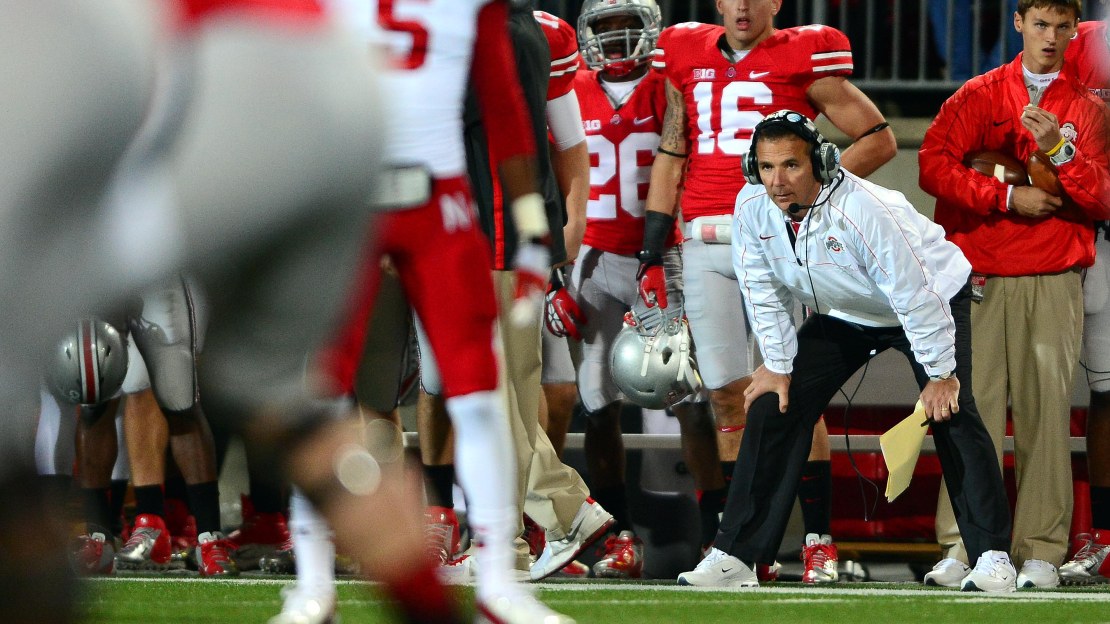 Throughout Saturday's Week 6 action, BTN.com senior writer Tom Dienhart offered his Snap Reactions to all the Big Ten games. See what Dienhart had to say about Ohio State's impressive and prolific 63-38 victory over surging Nebraska in this post.

Ohio State 63, Nebraska 38
1. I?m not sure if anyone can beat Ohio State. After this effort, led by Braxton Miller and his 186 yards rushing, I?m beginning to wonder if the Buckeyes can be topped. Trips to Penn State and Wisconsin may be dicey. And the season-ending visit from Michigan could be. But, wow, this team looks untouchable right now.

2. How much better would this Ohio State attack be if Jordan Hall was healthy all season? Could it really be any better? Regardless, it?s fun to think about. Hall was the guy who was supposed to Urban Meyer?s version of ?Percy Harvin? for the Buckeyes. As it is, Ohio State still is thriving with minimal contribution for Hall. Amazing for an offense that supposedly has ?no playmakers? to help Miller.

3. The Nebraska defense still has issues. Yes, the Husker defense looked good in three games after that 653-yard debacle at UCLA. But it all came undone at Ohio State. Can a team that allowed 63 points in one game and 653 yards in another REALLY win a league title? I don?t think so.