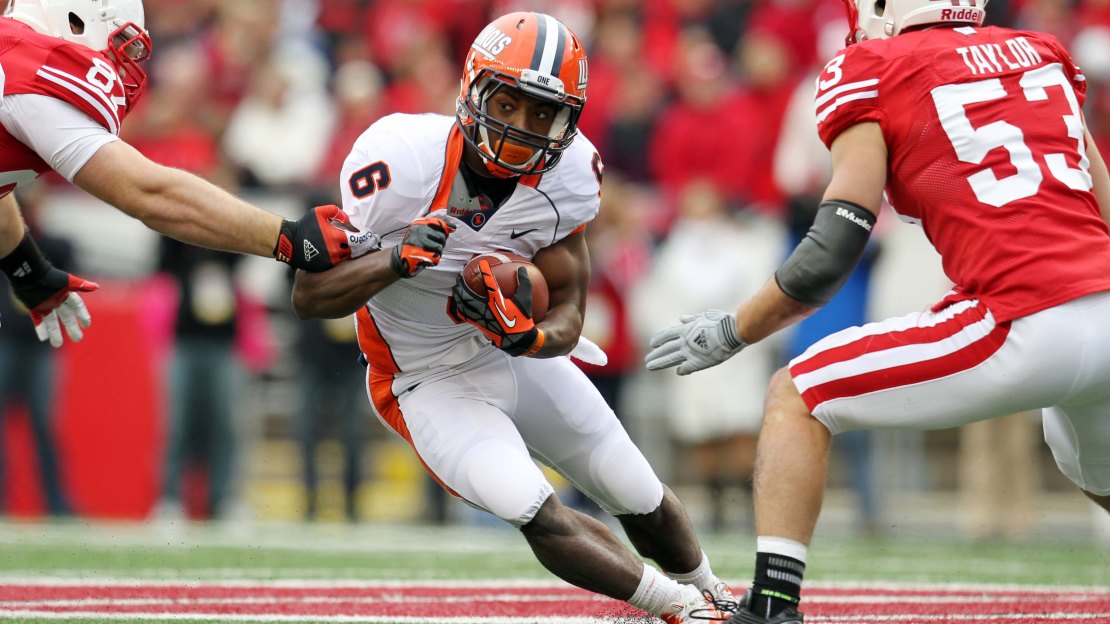 The first quarter was so slow, the teams combined for more punts than points, and the game is tied 0-0 at the end of the first quarter. There were three punts in the quarter as neither team could find a way to move the ball.

Wisconsin will start the second quarter with possession on its own 27-yard line.

Player on the spot: Wisconsin QB Joel Stave. He has started the past two games but was replaced late last week by Danny O?Brien, who opened the season as the starter. Stave will get the start vs. Illinois. But what will be his state of mind? Stave has nice chemistry going with wideout Jared Abbrederis, who has back-to-back 100-yard receiving games.

Key matchup: Illinois defensive line vs. Wisconsin offensive line. Both units were supposed to be strengths this season. Alas, each has disappointed. The Illini is seventh in the Big Ten in rush defense (118.8 ypg); Wisconsin is last in rush offense (125.6 ypg). Each unit needs to get more physical. Look for Badger back Montee Ball to get a heavy work load. He ran for a career-high 224 yards vs. Illinois last year and carried 32 times last week at Nebraska. Illini linemen Akeem Spence and Michael Buchanan need to play well.

Key number: 0, interceptions for Wisconsin. And it has only eight sacks. A lack of big plays has hurt a defense that also is struggling in the second half. Get this: The Badgers have been outscored 65-54 in the second half this season. Wisconsin needs to learn how to close games.

Key note: Illinois hasn?t won in Madison since 2001. The fact the Illini offensive line has been a turnstile won?t help the team?s chances in Madison. And QB Nathan Scheelhaase still doesn?t look totally right after suffering an ankle injury in the opener.