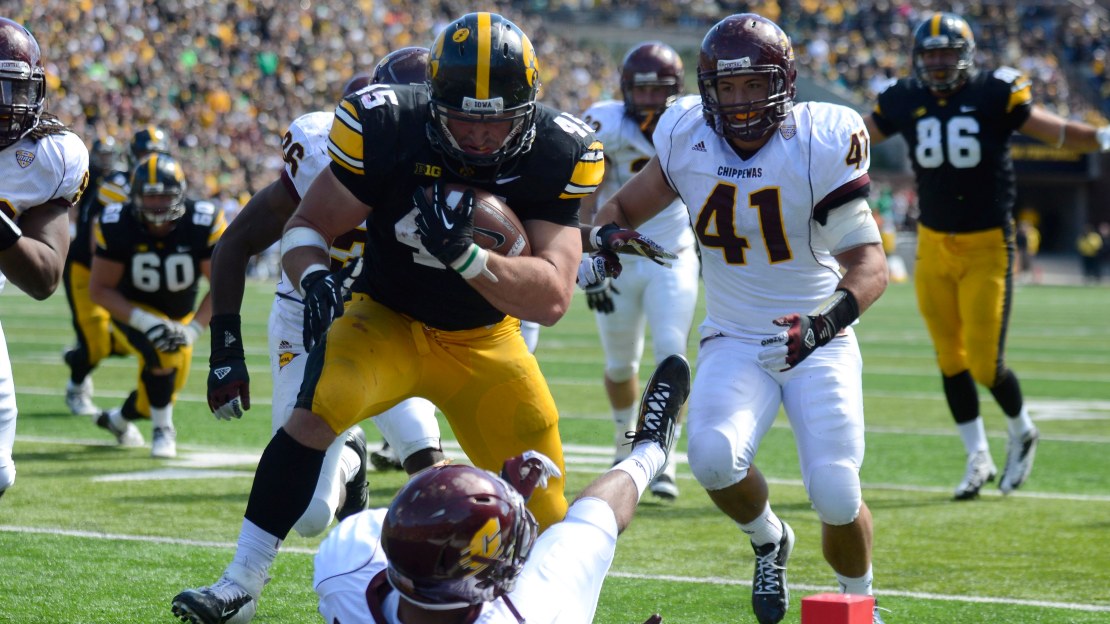 With Week 4 behind us, it's time for my latest Big Ten Player Rankings. Again, I'm doing these a little different this year. Whereas I used to rank the top 10 players – a practice that was tough due to all the talent on both sides of the ball – I'll rank the top six offensive and defensive players each week.

OFFENSE
1. Braxton Miller, QB, Ohio State – Even on Miller's off days, he's effective and incredibly dynamic. While the sophomore failed to throw a touchdown pass for the first time Saturday, he still scored twice on the ground, his Big Ten-leading sixth and seventh such scores of the season.
Week 4 stats: 12-20, 143 yards, 0 TD, 0 INT; 11 car., 64 yards, 2 TD | 2012 stats
Previous ranking: No. 1

3. Venric Mark, RB, Northwestern – Four weeks of strong play proves this guy is legit – not to mention makes the case for him being Northwestern's best running back since Tyrell Sutton. Only question is, can the diminutive back remain healthy and effective in Big Ten play?
Week 4 stats: 16 car., 117 yards, 3 TD; 1 rec., 3 yards | 2012 stats
Previous ranking: No. 6

DEFENSE
T–1. Kawann Short, DT, Purdue – Short and the Boilers were off Saturday, one of two Big Ten teams on a bye, and they return to action Saturday against Marshall.
Week 4 stats: Bye
Previous ranking: No. 1