Dienhart: 5 things I learned in Week 4 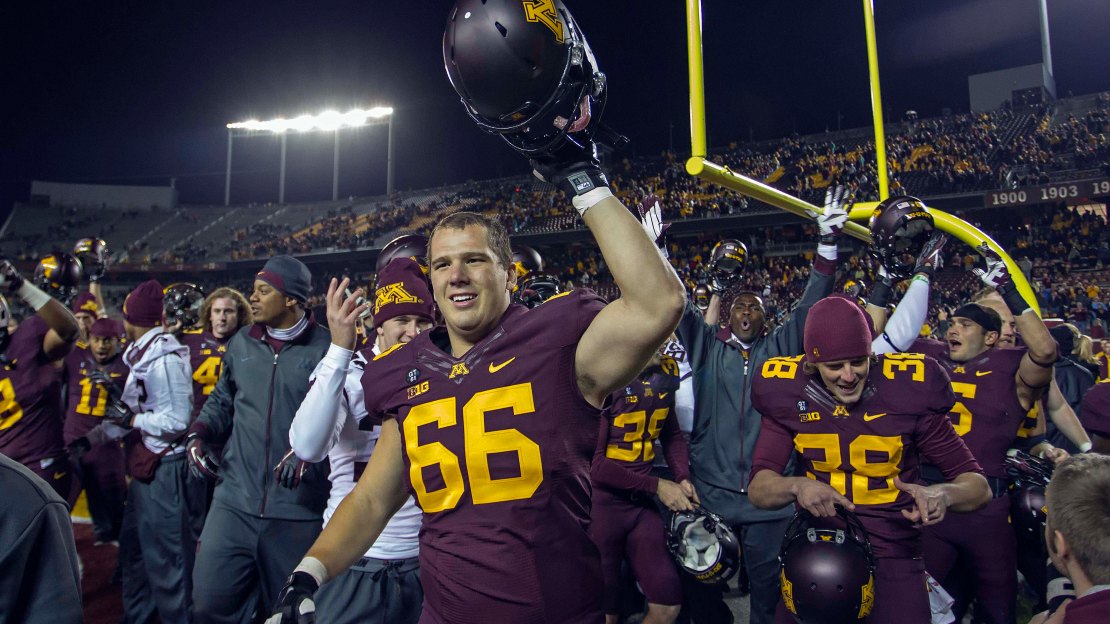 Another week, another not-so pretty result for the Big Ten. The conference went 7-3, with home losses to the likes of Central Michigan and Louisiana Tech, plus Notre Dame knocked off Michigan to finish off its sweep of Big Ten opponents. But, starting next week, it's time for Big Ten play.

What did I learn from Week 4 action? See the five biggest things in this post.

1. I have no idea who will win either division. That?s correct: The races in the Legends and the Leaders Divisions look wide open after four weeks (B1G standings). Preseason favorites Wisconsin (Leaders) and Michigan State/Michigan (Legends) look vulnerable. While schools like Purdue (Leaders) and Nebraska, Northwestern and Minnesota (Legends) appear to have legit chances to make a run at the Big Ten championship game. Hang onto your hat. This is gonna be a fun two months.

2. It?s time to turn the page. The non-conference part of the schedule has been tough for the Big Ten, what with three losses to MAC teams being among several low lights. But the start of league play offers hope for a new beginning. Teams can continue to build and improve in October and November, then get a chance to impress vs. schools from other conferences in the bowl season. Hey, you have to stay positive, right?

3. Penn State just may get to .500. The Nittany Lions have looked impressive the last two weeks in notching wins over Navy and Temple to even their record at .500. And just think how close Penn State is to being 4-0, as it opened with tough, close losses to Ohio and Virginia. Given the circumstances that Bill O?Brien and Co., are dealing with, this all is quite a revelation.

4. Minnesota is legit. The Golden Gophers? methodical 17-10 victory over Syracuse was impressive. The play of the defense led the way-again-which is even more impressive when you consider how much that unit has struggled in recent years. The Orange entered the game with the No. 3 passing attack in the nation. But Minnesota yielded just 228 passing yards and 350 overall. This team is on the fast-track to its first bowl since 2009.

5. If Minnesota is legit, so is Northwestern. Like the Golden Gophers, the Wildcats are unbeaten. And, like Minnesota, Northwestern is 4-0 largely because of a surprisingly good defense. Minnesota?s defense ranks No. 3 in the Big Ten (307.5 ypg). Northwestern is just 11th, but those numbers are skewed by a poor effort in the season opener at Syracuse (596 yards). In the last three games, the Wildcats have yielded 318, 316 and 240 yards respectively.