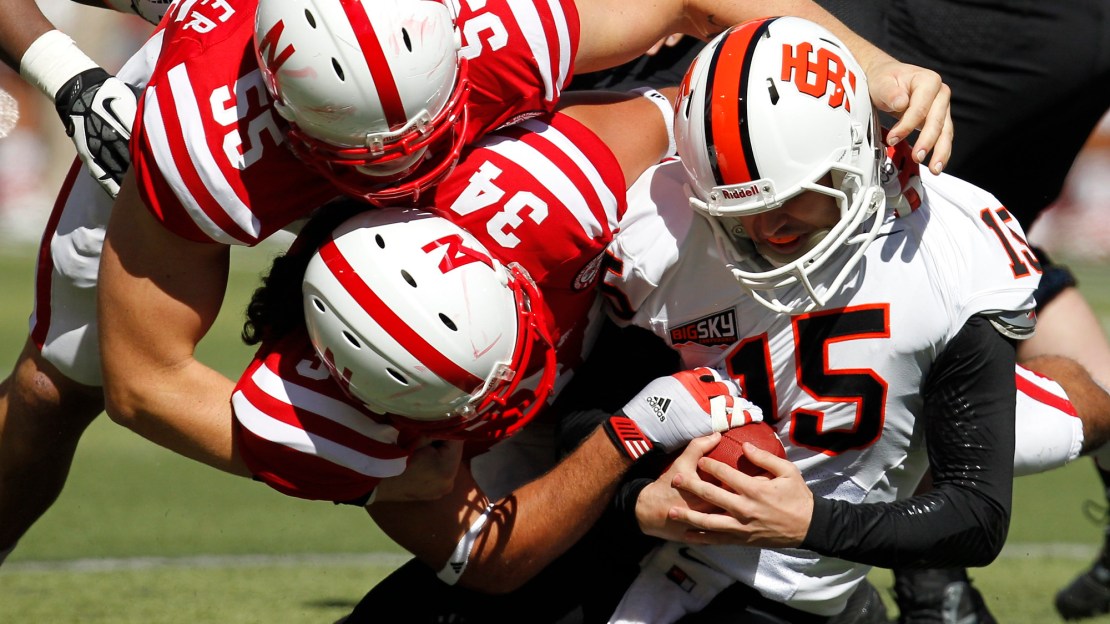 With 35 points in the first quarter, No. 22 Nebraska now holds a 35-0 lead over Idaho State. The Cornhuskers got on the scoreboard first, rattling off a two-play, 68-yard drive that ended in a score when Rex Burkhead turned a handoff into a 61-yard touchdown. Nebraska expanded its lead to 14-0 thanks to a six-play, 44-yard drive that ended when Ameer Abdullah ran eight yards to paydirt.

The Cornhuskers made their lead 21-0 when Taylor Martinez threw a 35-yard touchdown pass to Quincy Enunwa on the last play of a one-play, 35-yard drive. A fumble recovery by Nebraska set the Cornhuskers up to start the drive.

Nebraska added to its advantage when Kenny Bell pounded in a 68-yard touchdown run, putting a bow on a one-play, 68-yard drive to give the Cornhuskers the lead, 28-0.

Nebraska made the score 35-0 when Ciante Evans intercepted a Kevin Yost pass and returned it for a touchdown.

The Cornhuskers have the ball at the Bengals' 37-yard line to begin the second quarter.

Why you should watch: This is Nebraska?s last chance to work out kinks before Big Ten action. FCS Idaho State doesn?t figure to pose much of an issue. Last week against Arkansas State, Nebraska ran 59 times and passed 14. I would expect a similar ratio this Saturday. But the attack can?t turn over the ball four times like it did last week.

Keep an eye on: RB Rex Burkhead. He has missed the last two games after suffering a knee injury in the opener. Burkhead is expected to play so he can get back in the groove with Big Ten action set to start September 29. Just having his presence will be a boost.

Key matchup: Nebraska secondary vs. Idaho State pass game. The Bengals run a spread scheme that will throw, throw and throw some more. Expect the Husker defense to employ a similar scheme as it did vs. Arkansas State, when it played a three-man front. Eric Martin is coming off a big game and could have another playing a hybrid linebacker/end spot developed to combat offenses like this.

Key number: 81.9, percentage of passes Taylor Martinez is completing at home. The junior has hit 39-of-48 passes for 534 yards and seven touchdowns in Memorial Stadium.

Key note: How bad is FCS Idaho State? It is 5-40 over the past four seasons. Nebraska should be able to name its score.