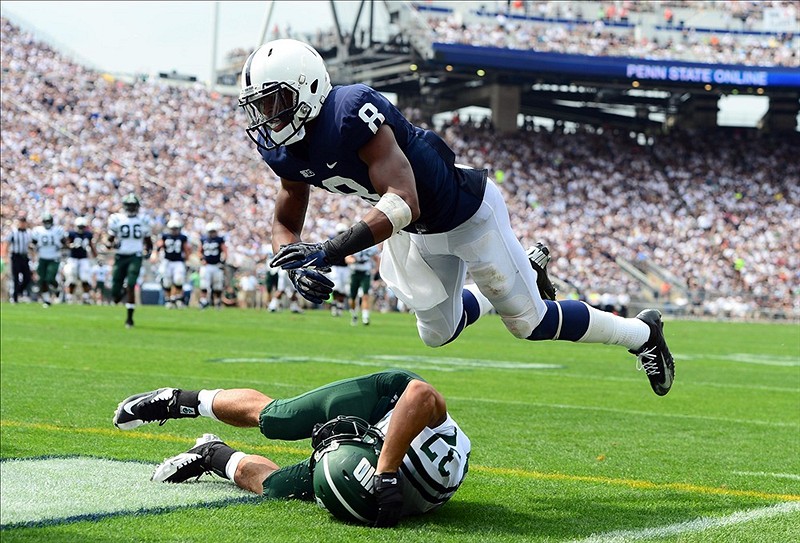 Penn State coach Bill O'Brien led the charge in the first home opener without Joe Paterno since 1949, his players behind him, storming the Beaver Stadium field as more than 97,000 fans kicked off a new chapter in the program's tarnished history with a raucous and sustained ovation. But the Nittany Lions wore down in the second half, and Ohio, from the Mid-American Conference, upset Penn State, 24-14.

[BTN.com: Get your first look at Penn State jerseys with names on the back]

It was a sad ending for a devoted fan base that came ready to rock the house, after scandal rocked the program. Matt McGloin threw for 260 yards and two touchdowns guiding Penn State's new-look offense.