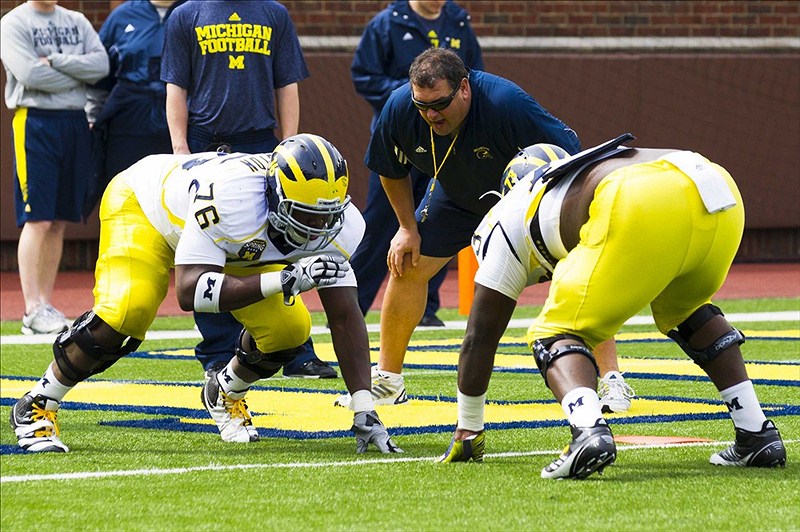 I've enjoyed answering questions in my mailbags since I started as BTN.com's senior writer. Now that the 2012 football season is upon us, I'll be posting them every Wednesday right through the Big Ten Championship.You can always send a question to me on this mailbag page 24/7 because we love to hear from fans. Don't have a question but you do have a comment? I welcome those as well.

I can tell fans are ready for football because the inbox filled up fast. I answer as many as I can so keep the good stuff coming. Now let me reach in to the satchel and get started as we touch on Michigan vs. Alabama, Ohio State's revival, and Penn State's chances, among other topics.

I am an Iowa fan, but I like all Big Ten teams. I am hoping someone from the league can make a run to the BCS championship game, and then compete when they get there. If Michigan gets its spirits crushed vs. Alabama, can it recover? To add, I think Iowa will overachieve this year. This is a tough division where anyone can beat anyone else with a little luck. – Keith

If Michigan does get whipped by the Crimson Tide this Saturday, I think the Wolverines can rebound. This is a young, resilient team. And young teams tend to rebound from adversity sometimes better than veteran squads. Plus, Michigan is a well-coached team under Brady Hoke. As for Iowa, I agree: The Hawkeyes could be primed for a nice season, as they are flying under the radar. This is when Kirk Ferentz typically does some of his best work.

The media hype machine is only propping up Michigan for the Week 1 matchup with Alabama. The Wolverines will lose to both Michigan State and Nebraska. – Troy

Many people aren?t giving Michigan much of a chance against the Crimson Tide (see early preview here). And, there is no doubt that these programs are on different levels, with Bama coming off its second national championship in three years. I think the Tide will win this Saturday in Arlington, Texas. But, I?m not so sure Michigan will lose to both Michigan State and Nebraska. The Spartan game is in Ann Arbor. And Michigan will be motivated to end a four-game losing skein to Michigan State. The Huskers? The Wolverines whipped them, 45-17, last year in Ann Arbor.

First. let me say I?ve watched every show of the BTN bus tour at least a couple of times. I can?t be the only one that?s saying: PLEASE DO THIS AGAIN NEXT YEAR AND EVERY YEAR. OK, here?s my question: Will Michigan be intimidated by Alabama? – BTN fan

Thanks for watching. BTN has been doing the tour since the inception of the network in 2007. So, I doubt it will go away. As for Michigan, no, it won?t be intimidated by Alabama. The Wolverines have stared down many elite programs in just one season under Brady Hoke, including Ohio State, Notre Dame and Virginia Tech. So, Michigan won?t be quaking in its boots, but it still likely won?t win. Bama is too deep, too well coached, too talented, too mature and too good to lose-especially with several weeks to prepare. Brady Hoke will need a few more seasons and recruiting classes to get his team on the same level as the Tide.

After reading about Michigan and Michigan State, your report appears to favor the Spartans as the deepest and most talented of the two teams. Is this correct? – Gary

You are correct. I think Michigan State is the best in the Big Ten. I love a defense that returns nine starters and that could have the best secondary and set of linebackers in the league. And end William Gholston may be the top defensive player in the Big Ten. Offense, this will be the top line in Mark Dantonio?s six-year tenure. And Le?Veon Bell is one of the top running backs in the league. New quarterback Andrew Maxwell has been in the program for four seasons and knows the offense. Plus, MSU is motivated to get over the proverbial ?hump,? as it hasn?t been to the Rose Bowl since the 1987 season. That ?hunger? intangible can?t be overlooked or understated.

Yes, I may be overly ambitious about the Fighting Illini in the first edition of my bowl projections, but I just love the defense. In fact, it could be one of the better defenses in the Big Ten with players like take tackle Akeem Spence, linebacker Jonathan Brown and cornerback Terry Hawthorne-among others. And I think quarterback Nathan Scheelhaase is a nice fit for the new spread offense for what will be a well-coached club.

Is the excitement for this new era of Ohio State football based solely on Urban Meyer and his "rock star" image, or is it just because college football is more covered now in all aspects and all forums? Was there this much excitement for Earle Bruce, John Cooper or Jim Tressel when they assumed command in Columbus? – Carson

I think it?s a combination of both. Meyer brings an impressive resume to Columbus that includes two national championships at Florida. He also enjoyed great success at Bowling Green and Utah, where he made the Utes the original ?BCS buster.? And, no doubt, the increased coverage of the sport has heaped even more attention on Meyer?s arrival to Ohio State. We are in a new age of media, with more outlets writing and broadcasting about the sport than ever before. That wasn?t the case when Bruce, Cooper or even when Tressel took over at Ohio State.

I wonder how Penn State stacks up now that you have seen the balance of the Big Ten? – Richard Lentine

I liked what I saw from the starters at Penn State, especially on defense. The linebackers are strong-among the best in the league–and the line has several veterans. On offense, the line has potential. But it will be vital for the Nittany Lions to avoid injury. This isn?t a deep team. And the offense has potential issues. Is Bill Belton the answer at running back? Can Allen Robinson be a top wideout? Is quarterback Matt McGloin capable of running this pro-style offense? Will tight ends emerge in what is a tight end-oriented offense?

Could Jake Ryan start at defensive end if Frank Clark is suspended for a game or two? – Gale

Without a doubt he could. Ryan is a terrific athlete with the bulk to line up with his hand on the ground as an end if need be. Ryan also has the quickness to be a nice rusher off the edge, coming off a strong debut season in 2011. The guy is a future star.

Based on your observations of Michigan, why do they deserve the preseason rankings if the Wolverines have apparent question marks on the d-line and receiving corps? – Jon

I wonder the same thing, yet Michigan is the highest ranked Big Ten team in just about every preseason poll. I think a lot of the hype is because of quarterback Denard Robinson leading a team coming off an 11-2 debut under Brady Hoke that was capped by a Sugar Bowl win over Virginia Tech. The Wolverines have a nice set of running backs, and I love the back seven on defense. But, again, that defensive line worries me a bit, as does a receiving corps with some questions.