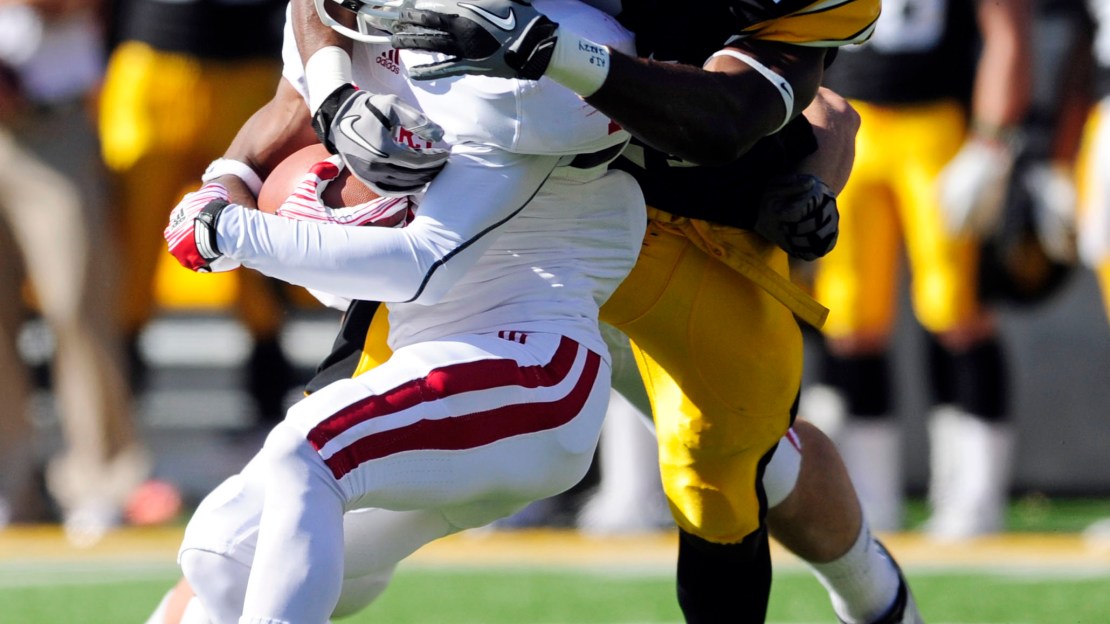 Iowa's Nico Law owns 11 career tackles. Eleven! But with a name like Nico Law and the ability to obliterate opponents, statistics aren't needed to garner attention. Especially during preseason camp. The sophomore safety has impressed so much this summer, some in the Iowa football program are comparing him to Iowa legend Bob Sanders. Yes, that Bob Sanders, the three-time All-Big Ten first-team honoree. The comparisons may be a bit premature, but there's no denying he's a hard-hitting safety.

Need proof? Check out his bone-crushing hit from the Iowa spring game above. OK, now it's easier to entertain the Sanders' comparisons, isn't it?

[ MORE: Tom Dienhart on what he learned at Iowa practice ]

Sure it is. But is he the next Bob Sanders? That remains to be seen. A couple writers, including our Tom Dienhart, recently weighed in on the subject.

There was this from Dienhart's Iowa practice recap:

"But the guy to watch is sophomore strong safety Nico Law. Some compare his potential to former Hawkeye star Bob Sanders (yeah, I know.) No doubt, Law is a big hitter. And he delivered some blows today, eliciting some ?oohs? and ?aahs? from teammates."

And this from Marc Morehouse:

You will not hear me compare Nico to Bob. Not until I see a helmet or a head in the air.

Oh, and on Iowa media day, Law was asked about Sanders less than 30 seconds into this interview:

The caption on this tweet only adds to Law's growing legend as a hard hitter, too:

Whatever kind of safety Law becomes, he'll be entertaining and figures to register his share of big-time hits.