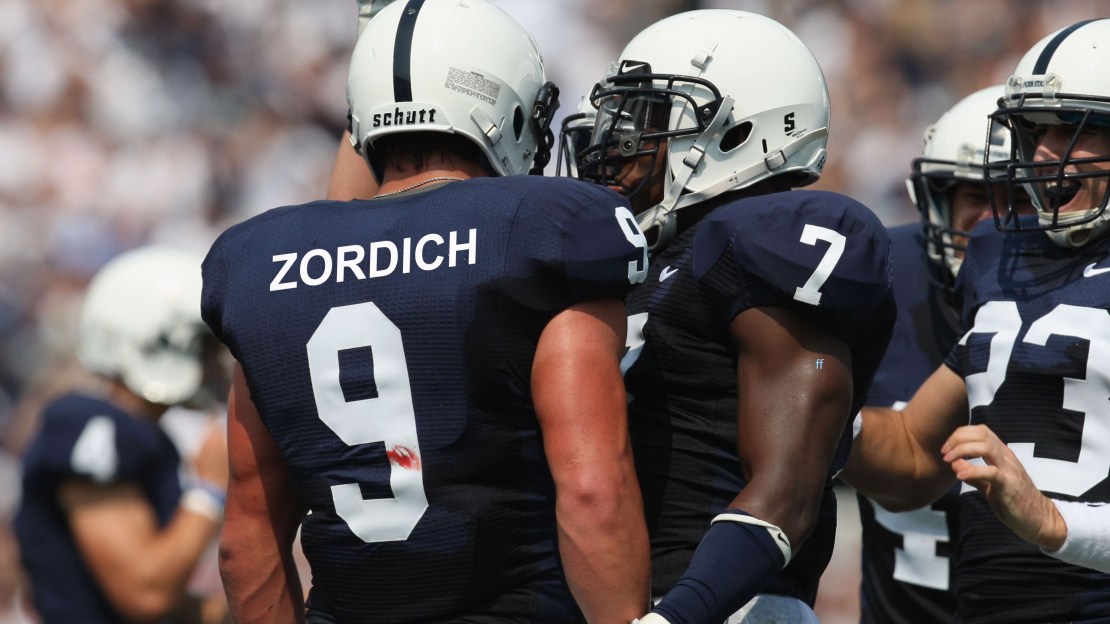 There were rumors that it was going to happen, and now it's official: Penn State will have different uniforms for the 2012 season, its first under head coach Bill O'Brien. The school announced Tuesday that the uniforms will feature a blue ribbon to support all victims of child abuse and, for the first time, player names on the back of the jerseys.

Here are a couple quotes from the release:

"The Penn State community stands with all victims of child abuse," Acting Athletic Director David Joyner said. "Coach Bill O'Brien and his football team made it clear they want to support victims and bring more awareness to this issue, which affects so many."

"I'm proud that our players want to be part of the University's efforts to help victims of child abuse," O'Brien said. "We hope our fans join us in wearing blue ribbons to all Penn State home games. Together, we can make a difference in the lives of children everywhere."

Perhaps we'll get our first look at the uniforms Thursday, when Penn State holds its media day. Until they are revealed, here's what we came up with on Photoshop:

It's hardly perfect, to be sure. And who knows if these changes are permanent. Penn State could always go back to its nameless look or go with something entirely different next season. They have a year to think about it, conjure up a possible new design.

Point is, if the team is going to mix it up, it might as well go all out. Here are few ideas: add numbers or a logo to the helmet, incorporate blue pants – worn only on the road – and  put some pipping/stripes on the jersey or pants. Nothing too crazy, just something that modernizes the classic look and puts O'Brien's thumbprint on the program.

And, of course, here are tweets from Penn State personalities:

Agreed man. Not sure I like that idea. RT @QuinnBarham67: Names on the back is going to ruffle some feathers.

Interesting to see these names on the jerseys now.. This is a Different look…. A REAL different look