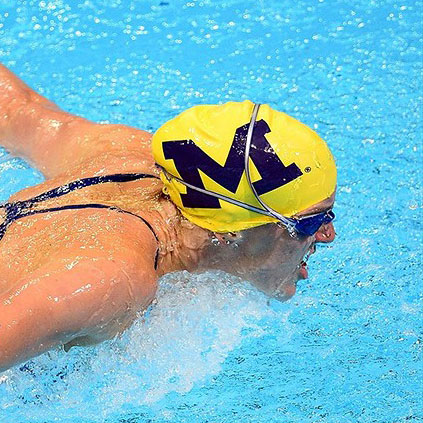 The 2012 U.S. Olympic Team Swimming Trials Swimming are going on today through July 2 in Omaha, Nebraska and a number of Big Ten swimmers are chasing their Olympic dreams. Here's a complete schedule from USASwimming.org, find TV information over here and watch the live stream via this video link, then take a quick look at a variety of teams below in this post.

Here are a few links to available stories previewing Big Ten contingents from the school websites:

Indiana: A contingent of 16 current Hoosiers or recent graduates will head to Omaha, Neb. next week to vie for a spot on the U.S. Olympic Team at the USA Swimming Olympic Trials at the CenturyLink Center in Omaha, Neb. Read more at UHoosiers.com.

Purdue: Nineteen Purdue swimmers — 10 men and nine women — have qualified for the U.S. Olympic Team Trials for a chance to achieve the ultimate goal of qualifying for the Olympic Games. Read more at PurdueSports.com.

Wisconsin: A total of 17 Wisconsin swimmers are competing. Read more at UWBadgers.com.