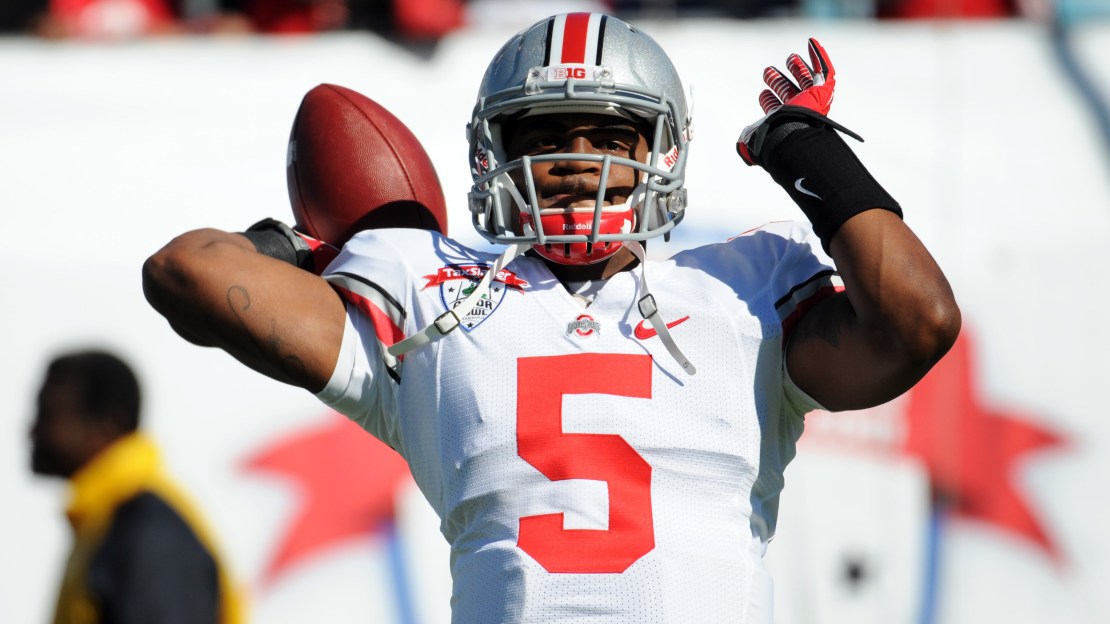 (BigTen.org) The Big Ten office announced the conference schedules for the 2015 and 2016 football seasons Monday, as approved by administrators during the Big Ten Joint Group Meetings last week in Chicago. Both the 2015 and 2016 schedules will feature all 12 teams in action the opening weekend and the last two Saturdays of Big Ten competition, while two teams will have byes during each of the other six weekends.

Both seasons will conclude with the annual Big Ten Football Championship Game, with the winner earning the Big Ten Championship.

The 2015 Big Ten season begins on Oct. 3 with six division games, including Legends Division matchups between Iowa and Northwestern, Michigan and Michigan State and Minnesota and Nebraska, and Leaders Division contests between Illinois and Penn State, Indiana and Wisconsin and Ohio State and Purdue. The regular season concludes on Nov. 28 with four division games (Iowa-Nebraska and Michigan State-Minnesota in the Legends Division and Indiana-Purdue and Penn State-Wisconsin in the Leaders Division) and two cross-division games (Illinois-Northwestern and Michigan-Ohio State).

The 2016 Big Ten campaign also begins with six division games on Oct. 1, including Legends Division tilts between Iowa and Minnesota, Michigan and Michigan State and Nebraska and Northwestern, and Leaders Division matchups between Illinois and Penn State, Indiana and Wisconsin and Ohio State and Purdue. The regular season concludes on Nov. 26 with the same matchups as the final weekend of 2015, four division games and two cross-division contests with the 2015 road teams serving as the hosts.The 2015 campaign will culminate with the fifth annual Big Ten Football Championship Game, to be held Dec. 5 at Lucas Oil Stadium in Indianapolis, which is set to host the first five title contests. The 2016 season will conclude with the sixth annual Big Ten Football Championship Game, to be held Dec. 3 at a site to be determined. FOX will serve as the official broadcast partner of the Big Ten Football Championship Games through 2016. The full 2015 and 2016 Big Ten schedules are attached as PDFs.

The Big Ten football division alignments include the Legends Division featuring Iowa, Michigan, Michigan State, Minnesota, Nebraska and Northwestern, and the Leaders Division featuring Illinois, Indiana, Ohio State, Penn State, Purdue and Wisconsin. Each school will play the other five schools within its division and will also face three teams from the other division, including one cross-division matchup guaranteed on an annual basis. The guaranteed cross-division matchups are Iowa-Purdue, Michigan-Ohio State, Michigan State-Indiana, Minnesota-Wisconsin, Nebraska-Penn State and Northwestern-Illinois.