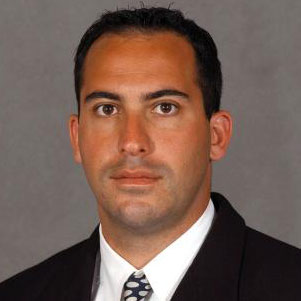 Bet you didn?t know that Nebraska hasn?t won a conference championship since 1999. But, it?s true. If Nebraska is to break that dry spell in its second season in the Big Ten, it will need its defense to improve. The unit must replace lots of star power, headed by the likes of lineman Jared Crick, linebacker Lavonte Davis and cornerback Alfonzo Dennard. All were NFL draft picks.

But more than anything, the Nebraska defense needs to get its confidence and swagger back. Even with that trio in 2011, the Cornhuskers ranked 91st in the nation in turnovers gained, 112th in tackles for loss and 64th on third downs. Those are money stats.

The most telling thing about the decline: Nebraska was 37th nationally in total defense, which isn?t that bad. But when you throw in those numbers and look below the surface, the Huskers weren?t coming up with big plays to get off the field on third downs.

It?s the job of new coordinator John Papuchis to improve the unit, as he was promoted by Bo Pelini to assume coordinator duties after Pelini's older brother, Carl, left to become head coach of Florida Atlantic. Papuchis, a Virginia Tech grad, came to Nebraska from LSU with Pelini in 2008, serving as defensive ends and special teams coach before becoming coordinator (read his full bio at Huskers.com).

I caught up with Papuchis, 34, to get his thoughts on the Nebraska defense in my latest Big Ten Q&A.

Q: How will the line look with Jared Crick gone?
A: We kinda learned what that would be like a year ago when Jared didn?t play the last half of the season (due to injury). It gave us an opportunity to evaluate some of our younger guys who we weren?t anticipating getting that much playing time. I think we will have some good depth up front, especially on the interior. I like Baker Steinkuhler. He has been a mainstay for us the last couple of years. We will find out more about Thaddeus Randle, who will be healthy this fall, and Chase Rome, who got to play as a redshirt freshman last year. Kevin Williams, who will be a redshirt freshman, is another to watch.

Q: Who will be a pass rusher?
A: We have a couple of guys who could be pretty good–Cameron Meredith and Jason Ankrah. Both have the potential to be good pass rushers. A guy who I think could be dynamic rushing the passer is Eric Martin, who has been a great special teams player for us. He has a lot of athleticism and potential. I am looking forward to him developing.

Q: Are you trying to get bigger at linebacker?
A: Part of the transition from the Big 12 to the Big Ten was the difference in the personnel packages we are playing against. With the move, depth at linebacker and linebacker play in general is more critical than it was in the Big 12. Our starting group of guys is all experienced and will be fifth-year seniors. Will Compton in the middle is our leader and captain who has done a nice job.

On the outside, we have Alonzo Whaley and Sean Fisher. Alonzo has played all three linebacker spots. He sees this as a great opportunity to step in and fill the role Lavonte David played. He?s a different kind of player than Lavonte but brings some physicality and toughness. Fisher came off an injury last year and was slowed by that but came on this spring. Behind them, is uncertainty because everyone is young. We will have to do a good job developing some depth in camp. But they young guys have talent and potential.

Q: Will the secondary be a strength?
A: Coming out of the spring, I thought it was most improved group of the defense. (Defensive backs coach) Terry Joseph has done a good job since being hired. We probably have more depth at cornerback than at any time I have been here. We have four or five guys with a chance to play. Andrew Green had a good spring. Antonio Bell, Stanley Jean-Baptiste and Mohammed Seisay all are pushing for corner spots. We also have a couple of young guys coming in with some potential and ability. So, I feel really good at corner. Ciante Evans is our nickel who also plays corner. He has come into his own.

At safety, we have some experience in Daimion Stafford, who has a ton of upside after coming here from a JC. He is ready to have a big year. The other spot will be a battle. P.J. Smith was on the first group, but Harvey Jackson and Courtney Osborne and Corey Cooper all can make a push at that safety spot.

Q: How will your defense be different from Carl Pelini?s?
A: At the end of the day, not a whole lot will change schematically because Bo has such a big impact on what we do defensively. The biggest difference will be the personalities of the coaches. We have had some turnover recently. You have to coach to who you are and to your strengths are. I certainly am different than Carl, Terry Joseph (from Tennessee, who is Nebraska?s third secondary coach in three years) is different than (departed for LSU) Corey Raymond and (new defensive line coach) Rick Kaczenski (a very well-regarded coach from Iowa) is different than I was coaching the front. The structure will be the same, but our approach as coaches will be different.