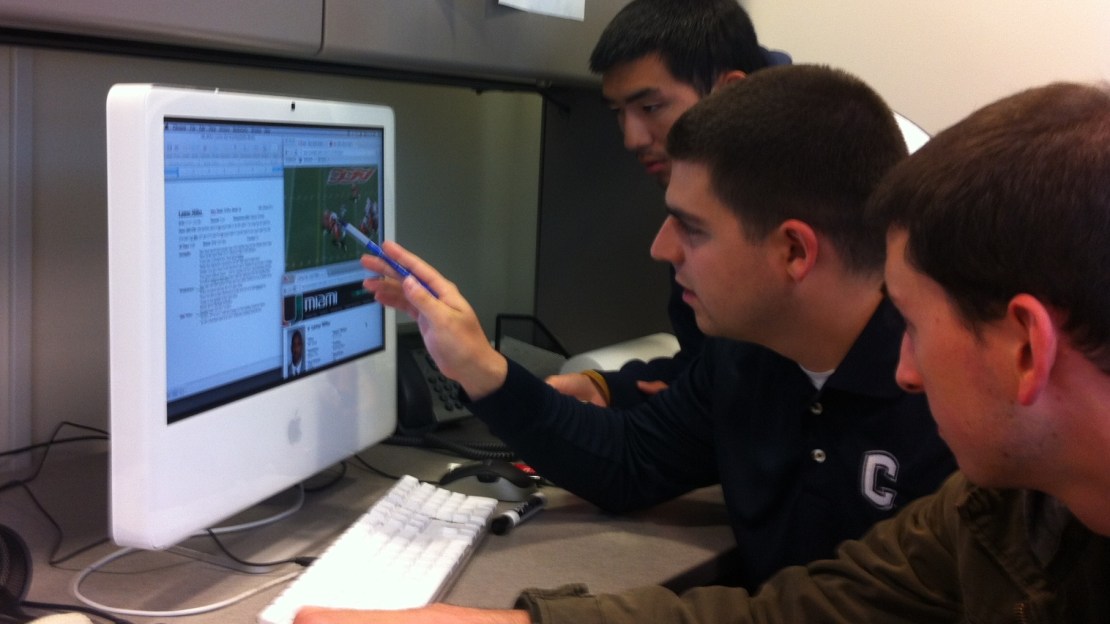 It's no secret ESPN and NFL Network attend the NFL draft and offer analysis and updates live from New York City. But did you know Penn State students do the same? That's right, starting Thursday and running through the final pick Saturday, the school will air its seventh ComRadio NFL Draft Show live from Radio City Music Hall. You can listen live here and follow all the activity on the show's Twitter handle: @NFLDraftShow. Executive producer Jeffrey Lowe, a broadcast journalism major, estimates a total of 50-plus Penn State students play a role in executing the show. Lowe said he and Thomas Frank Carr handle the duties from Radio City Music Hall, with live audio and analysis of every pick, while the rest of the students stay on campus and rotate as analysts.

It's not like ComRadio's coverage of the draft starts Thursday night in New York City, though. In the months leading up to the draft, the students have covered every angle of the highly anticipated annual event, providing player scouting reports, rankings, interviews and exclusive stories. They also host a weekly radio show, "The Road to Radio City," which airs at 9 p.m. ET every Tuesday.