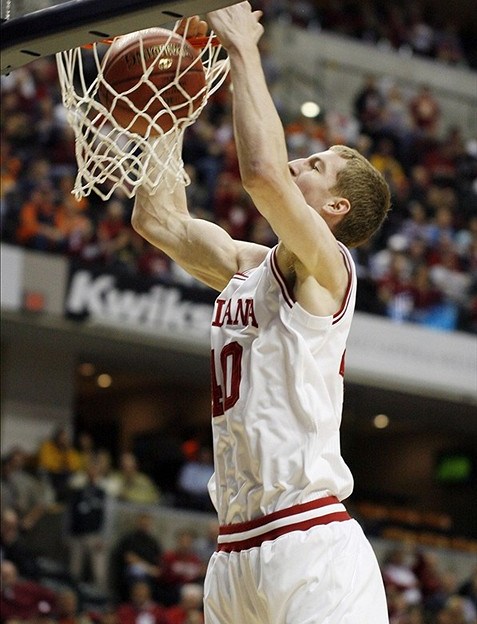 What do Big Ten coaches think when they look at Indiana's lineup and see zero seniors? #B1Gtourney

Christian Watford is 0 for 4 with 4 points but still is contributing with 3 boards and 2 assists. #B1GTourney

It's tough to win four games in four days, but Indiana does have the all-important depth on its side. #B1Gtourney

Zeller parents told me they will drive to Atlanta after this is done. Stay w/ Tyler unless #hoosiers get to Sunday. #B1Gtourney

We were at #Badgers practice yesterday to get the thoughts of Berggren, Gasser, Taylor and Coach Paris on #B1GTourney: http://t.co/ipYjzFoZ

The Illini in line for National Anthem this morning. #B1GTourney #Illini pic.twitter.com/lHtpFjAc

Sitting courtside with @LisaByington. Give her a follow for great insight and tidbits on the #B1GTourney. #BTN #B1G #Illinois #Iowa

Pics from inside @thefieldhouse less than 24 hrs before #B1Gtourney: http://t.co/WLm29tWn. Our Tourney Preview Show airs at 8pm ET

Indiana is playing really well. Robbie Hummel's college career is coming to a close. Yeah, #B1Gtourney atmosphere should be fun.

Handing out our BTG awards: http://t.co/3bKe4XgR

The @BTNJourney crew on location in Indy looking at an empty tarmac. We'll be there when next team arrives. http://t.co/qz45G1C8