I Hit It To Win It: Ohio State's Evan Turner 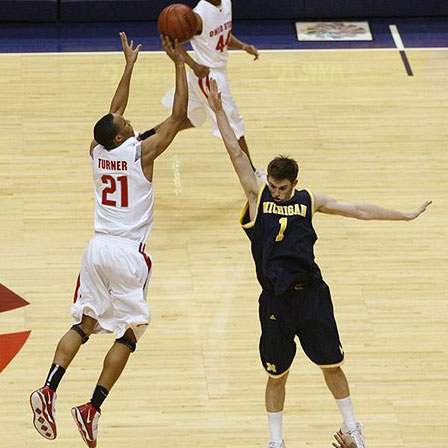 In the latest installment of ?I Hit It To Win It,? BTN?s Jordan Cornette interviews Ohio State's Evan Turner about his stunning last-second shot to beat Michigan in the 2010 Big Ten Men's Tournament. Watch the interview in this post. Previously, Cornette spoke with Minnesota's players Travis Busch and Blake Hoffarber about a memorable tourney winner as well as Ohio State?s Matt Sylvester to discuss his buzzer-beating shot that handed the 2004-2005 Illinois team their only regular season loss.

This is an ongoing series of interviews and we store them all in our ?I Hit It To Win It? section. Cornette also spoke with Nick Anderson, who hit an incredible shot against Indiana to win the game at Assembly Hall in Bloomington.