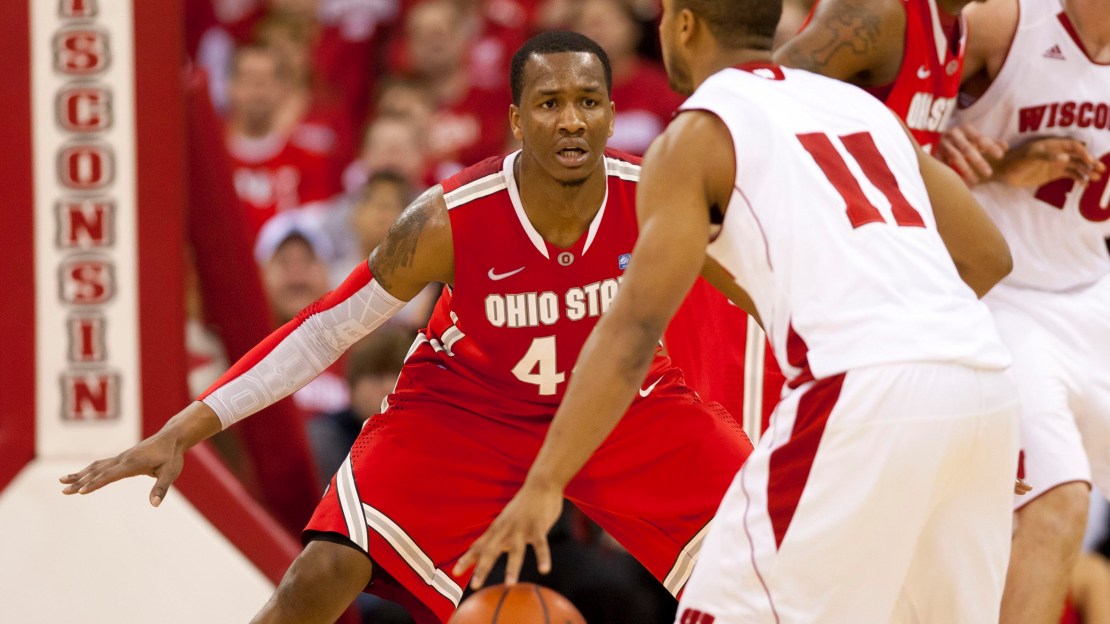 Some interesting games are on tap this week, with the headliner being Wisconsin?s visit to Ohio State on Sunday. Also, front-running Michigan State may face a tough test at Minnesota, where the Gophers are a pesky team. But of all of the contenders, Michigan has the toughest tests in its quest for its first Big Ten crown since Antoine Joubert and his Jheri curl were roaming the court in 1985-86, with a game at Northwestern and a visit from Purdue.

What about the other games? See how Dienhart ranks all 12 contests in this post.

1. Wisconsin at Ohio State, Sunday, Feb. 26. It?s vital for the Buckeyes, who entered the week having lost two of their last three, to protect the home court to remain in the thick of the Big Ten race. The Badgers, who dropped a 58-52 decision to the Buckeyes in Madison earlier this month, have that same sense of urgency, too. If Wisconsin doesn?t shoot well, it has no chance.

2. Michigan State at Minnesota, Wednesday, Feb. 22. The Spartans have asserted themselves as the top program in the Big Ten, riding a five-game winning skein into this week. Michigan State won the first meeting, taking a commanding 68-52 decision in January. This one will feature two of the best athletes in the Big Ten: Minnesota?s Rodney Williams vs. Michigan State?s Branden Dawson.

3. Purdue at Michigan, Saturday, Feb. 25. Everyone knew the Wolverines would be good. But few thought they had the mettle to win the Big Ten. Well, looky here: Michigan is just a game off the pace. Thank freshman sensation point guard Trey Burke, who is a big reason why the Wolverines haven?t lost at home this season. A Boiler win would be their biggest of the season.

4. Michigan at Northwestern, Tuesday, Feb. 21.The Wildcats dropped an overtime decision at Michigan earlier this season, so they know they can stand toe-to-toe with the Wolverines. And NU has played well in February, boasting a 4-2 mark as it pushes toward that elusive NCAA bid. Watch freshman point guards Trey Burke and Dave Sobolewski battle. This one is gonna be fun, people.

5. Indiana at Minnesota, Sunday, Feb. 26. Who can forget the Golden Gophers? stunning win in Bloomington in January? Certainly not the Hoosiers, who are trying to remain in the hunt for a first-round bye in the Big Ten tourney. IU is a different team on the road. Minnesota? It?s 1-4 this month and needs to polish its resume, which is weak.

6. Wisconsin at Iowa, Thursday, Feb. 23. An interesting contrast of styles, with the methodical Badgers taking on the go-go Hawkeyes. This is a must-win for Wisconsin, which is clinging to faint league title hopes as well as dreams of earning a bye in the Big Ten tourney. The Hawkeye are full of mojo coming off that home victory vs. Indiana. Oh, and Iowa won in Madison earlier this year.

7. Northwestern at Penn State, Saturday, Feb. 25. It?s this simple: If the Wildcats want to qualify for their first NCAA tournament, they have to win this game. But the Nittany Lions are tough at home. Just ask Illinois, Iowa and Purdue. Two of the league?s most underrated players will square off, with the Wildcats? John Shurna taking on the Nittany Lions? Tim Frazier. Each could score 30.

8. Illinois at Ohio State, Tuesday, Feb. 21. It?s difficult to believe that the Buckeyes lost to Illinois earlier this season when Brandon Paul went off for 43 points. But it really did happen. I looked it up. That victory made the Fighting Illini 4-1 in the Big Ten. Seems like 100 years ago. Since then, Illinois has lost eight of nine as its NCAA hopes are circling the drain.

9. Nebraska at Purdue, Wednesday, Feb. 22. The Boilermakers? aura of invincibility in Mackey Arena? It?s dead. Purdue has a 3-4 league record at home. The good news for Purdue Pete: The Huskers are 1-5 on the road in Big Ten action. If the Boilermakers lose this one, they don?t deserve an NCAA bid.

10. Iowa at Illinois, Sunday, Feb. 26. Who knows what will be the mental state of the Fighting Illini, losers of five in a row? The season is in full free fall, with Illinois? NCAA hopes seemingly hanging by a thread. The Hawkeyes, winners of three of their last five games, are hoping for a furious finish to bolster their postseason prospects.

11. Nebraska at Michigan State, Saturday, Feb. 25. The Cornhuskers face the stiffest challenge of any Big Ten squad this week: Win in East Lansing, where the Spartans have yet to lose this season. This one could get, ahem, ugly.

12. North Carolina Central at Indiana, Wednesday, Feb. 22. Time to empty the bench, Coach Crean. Maybe the student manager even will get in. Maybe. Find out how to watch the game on BTN.