This week on 'Impact the World' 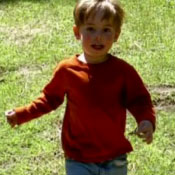 Impact the World is a powerful new original series that shifts the focus from the playing field to the world stage where Big Ten professors and students are making their presence known. Hosted by Dennis Haysbert, this week?s episode will showcase ground-breaking medical developments from Illinois, Iowa and Nebraska.  The episode will air at 8 PM ET on Tuesday, Feb. 7, with re-airs at 11 p.m. ET Thursday, Feb. 9; and  11 AM and 5 p.m. ET Sunday, Feb. 12.

ILLINOIS: There are 25 million people world-wide who are missing one or more of their limbs. Of that group, approximately 80 percent live in developing countries without access to affordable and adequate rehabilitation. At age 19, University of Illinois sophomore Jonathan Naber recruited six fellow mechanical science and engineering students to form Illinois Prosthetics Technologies (IPT), a non-profit organization dedicated to revolutionizing affordable prosthetics. Using recycled materials, the IPT team developed an efficient, adjustable and affordable prosthetic arm, called the open socket. For his work with IPT, Naber was honored with numerous awards, including the Lemelson-MIT Prize, dubbed the "Oscar for Inventors," for outstanding innovation and invention.

IOWA: Tracy and Jennifer VanHoutan will never forget the fateful phone call they received in March 2009, notifying them that their son, Noah, had been diagnosed with late Infantile Batten Disease. An extremely rare brain disorder for which there is no cure, Batten Disease affects less than 1,000 people worldwide. A few years later, the VanHoutans? daughter Laine, was diagnosed with the same disease. The University of Iowa?s Dr. Beverly Davidson and her team at Eckstein Center for Gene Therapy are working to develop a new method to replace a missing protein enzyme in the brain which causes the disease. Although Dr. Davidson?s gene therapy will not save their own children, the VanHoutans are hopeful that the research at Iowa will soon lead to a cure.

NEBRASKA: What do miniature robots, a Cornhusker football player, NASA, and an operating room have in common?  They?re all part of one massive research project at the University of Nebraska that may soon change the way doctors operate on patients.  Nebraska researchers Professor Shane Farritor, Dr. Dmitry Oleynikov and a team of graduate engineers have designed miniature surgical robots intended to facilitate minimally invasive human surgery. The development has captivated the attention of NASA and the United States Military, which sponsor the research with hope of one day performing remote surgery on the front lines and in outer space.