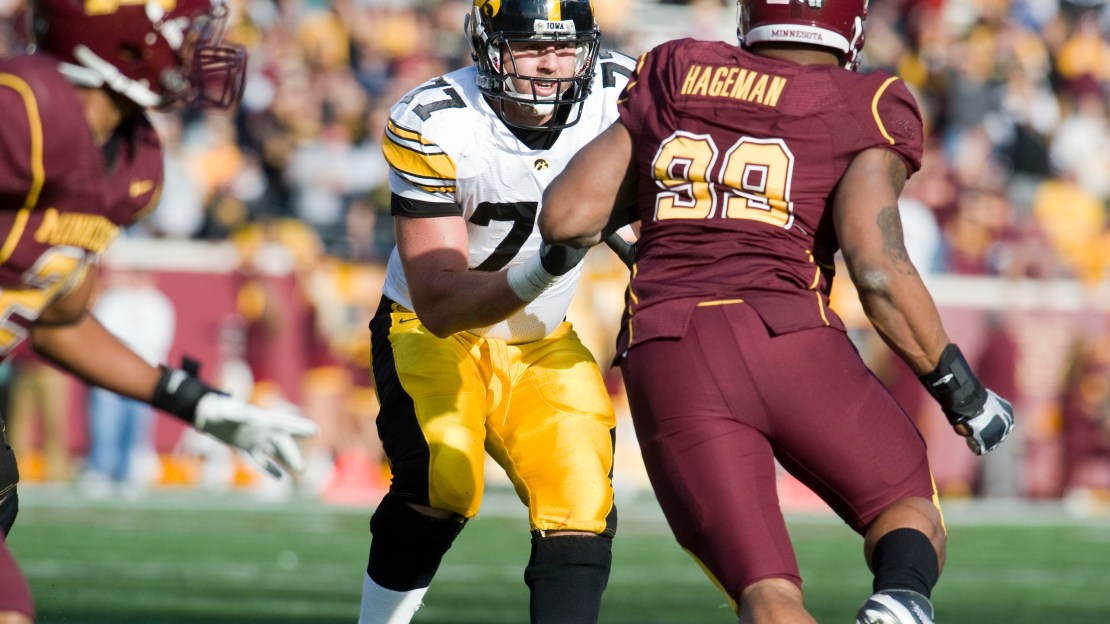 ?I want to thank coach Kirk Ferentz, coach Reese Morgan, and the entire coaching staff for giving me the opportunity to play football at the University of Iowa,? Reiff said in a statement. ?Throughout my years Iowa, I have made lifelong friends and learned many valuable lessons, not only on the playing field, but also off the field, that will stick with me for the rest of my life."

?Riley has been an outstanding player for us the past three seasons and I am confident he will continue to experience great success in the years ahead,? Ferentz said in a statement. ?We are very appreciative of his contributions to our team.?

Reiff is a native of Parkston, S.D., where he was the Gatorade Player of the Year as a senior.  He was also a three-time state wrestling champion.  After a redshirt season in 2008, Reiff moved into Iowa?s starting lineup midway through the 2009 season. He had 37 career starts, including the last 34 games of his Hawkeye career.

Iowa posted 35 wins over the last four seasons, including winning the 2009 Outback Bowl, the 2010 FedEx Orange Bowl and the 2010 Insight Bowl.