Dienhart: Breaking down the Gator Bowl 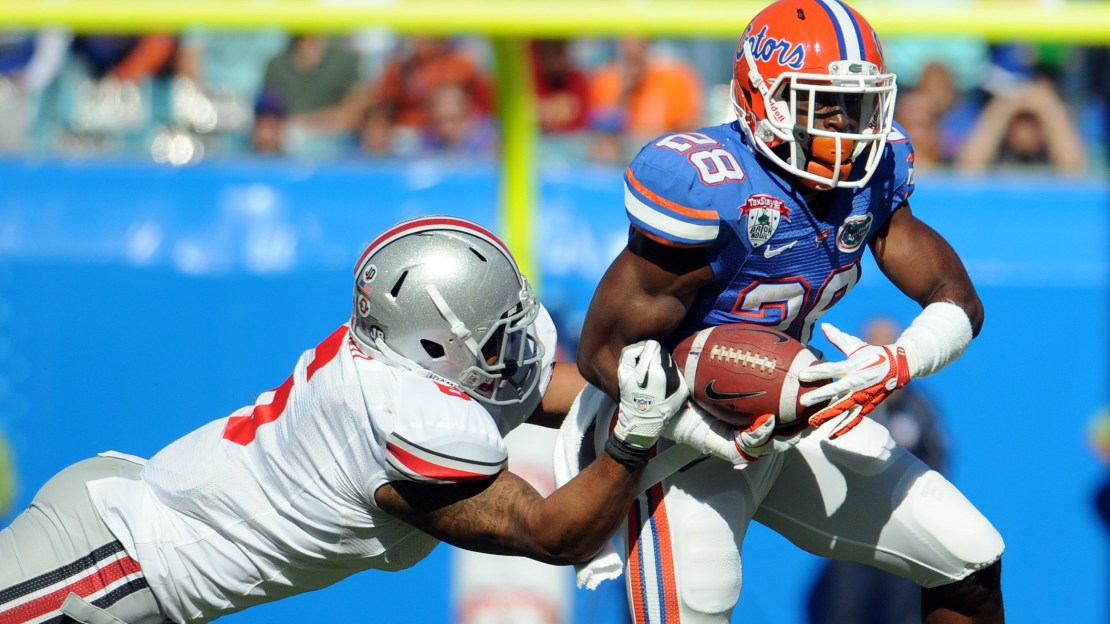 Throughout the bowl season, BTN.com senior writer Tom Dienhart offers his thoughts on the Big Ten?s record 10 bowl games. Find Dienhart?s reaction to Ohio State's loss to Florida in the Gator Bowl on Monday in this post.

What I Learned
1. The offense is getting better. Braxton Miller has had ups and downs all season as a true freshman starter. But he played one of his better games today in hitting 18-of-23 passes for 165 yards with two touchdowns and no picks. Miller has a bright future and will be better as the young wideouts continue to mature.

2. Urban Meyer will have plenty of ammo to use as motivation. This is Ohio State?s first losing season since 1988 and its first seven-loss season since the late 1880s. And losing to his former school has to sting for Meyer, too. It?s time to show some pride.

3. The special teams need work. The Buckeyes allowed a kickoff return for a touchdown and had a punt blocked for a touchdown, as Ohio State fell to 0-10 vs. SEC teams in bowls.

Key moment: Early in the third quarter, Florida blocked an Ohio State punt and returned it 14 yards for a touchdown. That gave the Gators an almost insurmountable 21-10 lead vs. an offensively-challenged Buckeye squad. Florida also ran back a second-quarter kickoff for a touchdown, as special teams doomed Ohio State.

Sneak peek to 2012: Urban Meyer will have a lot to work with, beginning with QB Braxton Miller. Jordan Hall and Carlos Hyde are good options at running back. But some of the young wideouts like Devin Smith and Corey Brown need to take the next step. A strong defense comes back almost intact with players like LB Ryan Shazier, T Johnathan Hankins and CB Travis Howard which will make it one of the best in the Big Ten.