Dienhart: Ranking the Bowls, from 1-35 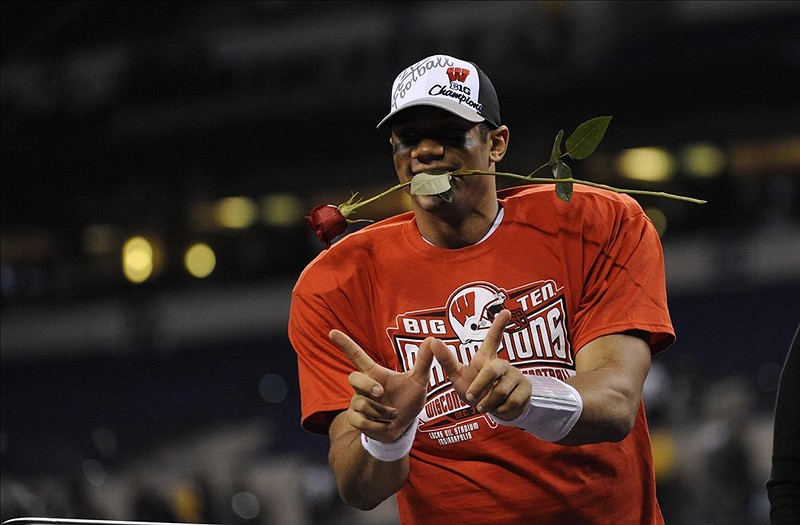 The Poulan-Weedeater Bowl is long gone, unfortunately. But there is no shortage of bowl action. To get you ready for a holiday feast of 35 bowls, following is a ranking of the bowls from best to worst. With so many postseason games, you have to choose wisely with time at a minimum during this busy time of year.

1. All State BCS Title Game, Jan. 9: LSU vs. Alabama. It?s time to stop the criticism and embrace this for what it is-a matchup between the two best teams in America. And that?s exactly what the BCS formula is supposed to do. Defense can be a beautiful thing. Just watch.

2. Rose Bowl Game presented by Vizio, Jan. 2: Oregon vs. Wisconsin. I can?t wait to see these two offenses lock horns. The sheer power of the Badgers against the sheer speed of the Ducks. Last team with the ball wins.

3. Tostitos Fiesta Bowl, Jan. 2: Oklahoma State vs. Stanford. Brandon Weeden vs. Andrew Luck. Does it get any better? Just hope the Pokes will be motivated after thinking they belong in the title game.

6. Capital One Bowl, Jan. 2: South Carolina vs. Nebraska. Neither offense is great, so it will come down which defense can make the most plays.

10. Insight Bowl, Dec. 30: Oklahoma vs. Iowa. Remember when the Sooners were No. 1 and a legit national title contender? That was a long time ago. Still, this should be a good offensive battle with each defense struggling.

11. TaxSlayer.com Gator Bowl, Jan. 2: Florida vs. Ohio State. A rematch of the BCS title game after the 2006 season. Even juicer: Urban Meyer?s new team vs. his old team. But Meyer won?t be on the sideline in this battle of 6-6 teams.

12. ATT&T Cotton Bowl, Jan. 6: Arkansas vs. Kansas State. The Wildcats aren?t pretty, but they do more with less than anyone else in the nation. Can they deal with the Hogs? speed?

13. Bell Helicopter Armed Forces Bowl, Dec. 30: Tulsa vs. BYU. If you like offense, you?ll like this. Could be a four-hour game with all the passes.

14. TicketCity Bowl, Jan. 2: Houston vs. Penn State. I wanna see the Cougar offense vs. the Nittany Lion defense. But I wonder if Kevin Sumlin will be coaching Houston, which was one win from likely playing in the Sugar Bowl. This was a far drop. Penn State also fell in the bowl pecking order, but for other reasons.

16. Chick-fil-A Bowl, Dec. 31: Auburn vs. Virginia. Why isn?t UVa?s Mike London getting more national coach of the year love? Life without Cam Newton finds the Tigers way out of the spotlight.

17. Bridgepoint Education Holiday Bowl, Dec. 28: Texas vs. Cal. One last chance for the Longhorns to figure out their offense. Ah, forget it.

18. Hyundai Sun Bowl, Dec. 31: Utah vs. Georgia Tech. The Yellow Jacket option offense can be a thing of beauty. Do the Utes wanna be here after just missing the Pac-12 title game?

19. MAACO Bowl Las Vegas, Dec. 22: Boise State vs. Arizona State. To quote Barry Switzer, I think the Broncos are gonna ?hang half a hundred? on the Sun Devils.

21. AutoZone Liberty Bowl, Dec. 31: Vanderbilt vs. Cincinnati. Two bowls in four years for Vandy, while the Bearcats almost got a BCS bid. Vandy?s James Franklin is a wunderkind.

22. San Diego County Credit Union Poinsettia Bowl, Dec. 21: TCU vs. Louisiana Tech. The Horned Frogs may be mad after missing out on the BCS. Look out for Sonny Dykes high-flying offense, which may do some damage to the Horned Frog defense.

23. Gildan New Mexico Bowl, Dec. 17: Wyoming vs. Temple. I love watching Dave Christensen?s offenses. The Owls have better talent and probably should have won the MAC.

24. AdvoCare V100 Independence Bowl, Dec. 26: North Carolina vs. Missouri. The Tigers? last game as a member of the Big 12. It?s all about building toward 2012. This may be Everett Withers? last game as coach of UNC, a school with so much talent that seemingly underachieves each year.

25. Sheraton Hawaii Bowl, Dec. 24: Southern Miss vs. Nevada. Bring your calculator, as the points will come fast. Will Larry Fedora be on the sideline for Southern Miss?

26. Meineke Car Care Bowl of Texas, Dec. 31: Northwestern vs. Texas A&M. It?s eight bowl losses in a row for the Wildcats, who could feast on a floundering Aggie team that has fired coach Mike Sherman.

27. New Era Pinstripe Bowl, Dec. 30: Iowa State vs. Rutgers. This quickly is becoming one of my favorite bowls. And we get to watch the Cyclone? Paul Rhoads-the most underrated coach in America-do this stuff in Gotham.

28. R+L Carriers New Orleans Bowl, Dec. 17: Louisiana-Lafayette vs. San Diego State. I love what Mark Hudspeth has done, as he has the school in its first bowl since 1970. Yes, you read that correctly.

29. Kraft Fight Hunger Bowl, Dec. 31: UCLA vs. Illinois. Ron Zook already is gone. Will the Bruins be motivated to win one more for Rick Neuheisel, who has been fired but will coach this game?

30. Franklin American Mortgage Music City Bowl, Dec. 30: Wake Forest vs. Mississippi State. This is an underrated Demon Deacon team that has something to prove vs. an SEC foe.

32. Famous Idaho Potato Bowl, Dec. 17: Utah State vs. Ohio. Could this be Frank Solich?s last game? Some think he may retire.

34. Beef ?O? Brady?s Bowl, Dec. 20: Marshall vs. Florida International. Another chance for FIU coach Mario Cristobal to show how good he is for this rising program.