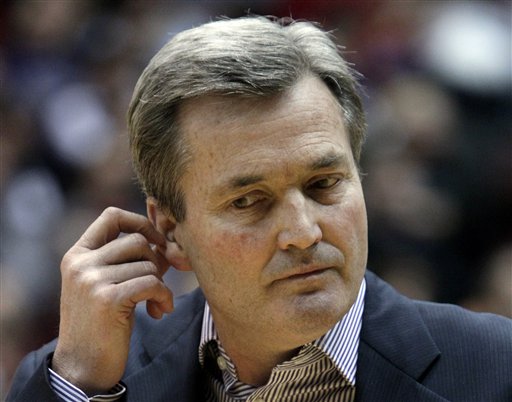 (AP) John Shurna scored a 15 points and Luka Mirkovic added 12 to lead Northwestern to a 60-36 season-opening victory over Texas-Pan American on Sunday night. The Wildcats shook off a sluggish start, using an 11-1 run late in the first half to take control. They steadily extended the advantage behind 11 second-half points from Drew Crawford. Brandon Provost and Jared Maree had 12 points each for the Broncs, who are 0-2 in a season-opening Chicago swing. They lost at DePaul on Friday. Northwestern improved to 8-4 in season openers under head coach Bill Carmody and is 7-0 against Texas-Pan American in a series dating back to 1999. See the box score.

FINAL: John Shurna paced Northwestern with 17 points to lead the Wildcats to a 60-36 victory over Texas-Pan American on Sunday at Welsh-Ryan Arena in Evanston. A run lasting across the halftime break allowed the Wildcats to grab the advantage. Northwestern was winning 20-18 in the first half before it went on a 13-1 run to extend its lead to 14 points with 19:43 remaining in the game. Reggie Hearn had a quality shooting game, nailing 3-of-5 shots from the field and scored seven points. Aside from Shurna's performance, Luka Mirkovic recorded 12 points and Drew Crawford added 11 points. Brandon Provost scored 12 points for the Broncs in a losing effort. Texas-Pan American had trouble finding its shooting touch, shooting just 32 percent (14-of-44) from the field. In addition to Provost's efforts, Jared Maree registered 12 points. The Wildcats went to the line 11 more times than the Broncs and made the most of their opportunities, shooting 13-of-20. Texas-Pan American committed 23 fouls and made 5-of-9 free throw attempts.

HALFTIME: Northwestern closed the first half strong, using an 11-1 run late in the frame to take a 31-19 lead over Texas-Pan American into the locker room. The Wildcats have been effective inside by making 10-of-16 two-point field goals, but Northwestern has struggled on the perimeter by shooting 20 percent (2-of-10) from three-point range. John Shurna played well in the first half for the Wildcats with 13 points. Brandon Provost has played well thus far for the Broncs with six points.