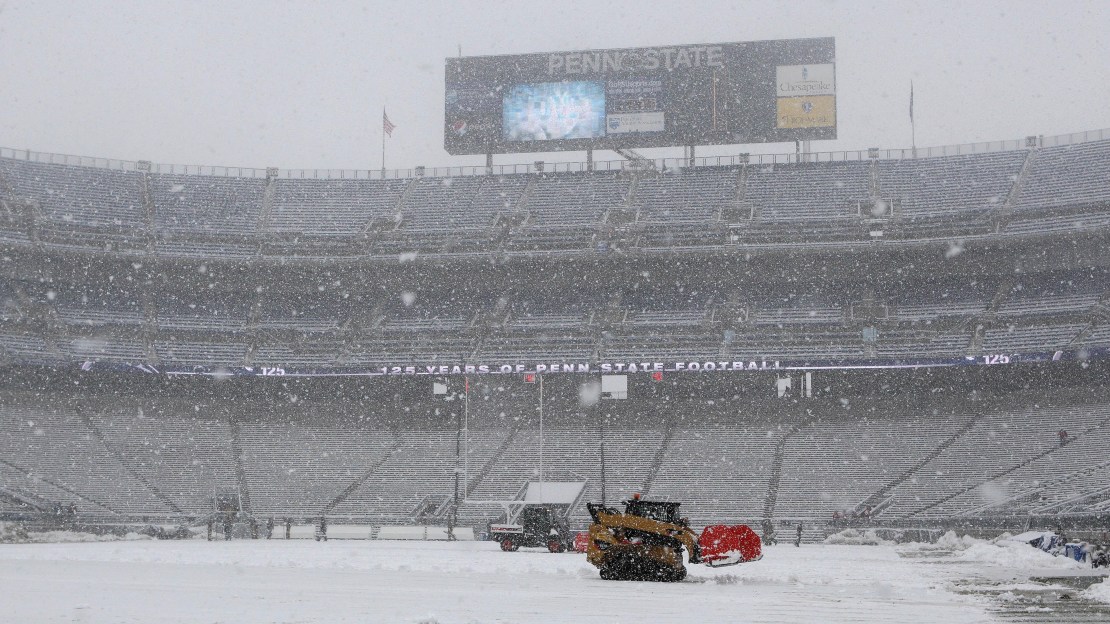 There's Big Ten weather at a Big Ten stadium today, a rarity for the month of October. It's snowing in State College, Pa., where surprising Penn State hosts suddenly struggling Illinois at 3:30 ET.

This marks the first time there has been measurable snowfall on the same day as a Penn State home game in October, according to Penn State SIDs. As of 1:30 ET, 3.5 inches of the white stuff has fallen. It should be fun – even if the conditions aren't ideal for much offense.

Track all the action from Beaver Stadium, plus the rest of the Big Ten, on our Big Ten scoreboard.

Kids sledding in the Beaver Stadium parking lot. Probably never has happened before a game here.

PIC: Field level at Beaver Stadium as the crews work to remove the snow… http://t.co/fVD3j7CX #PennState