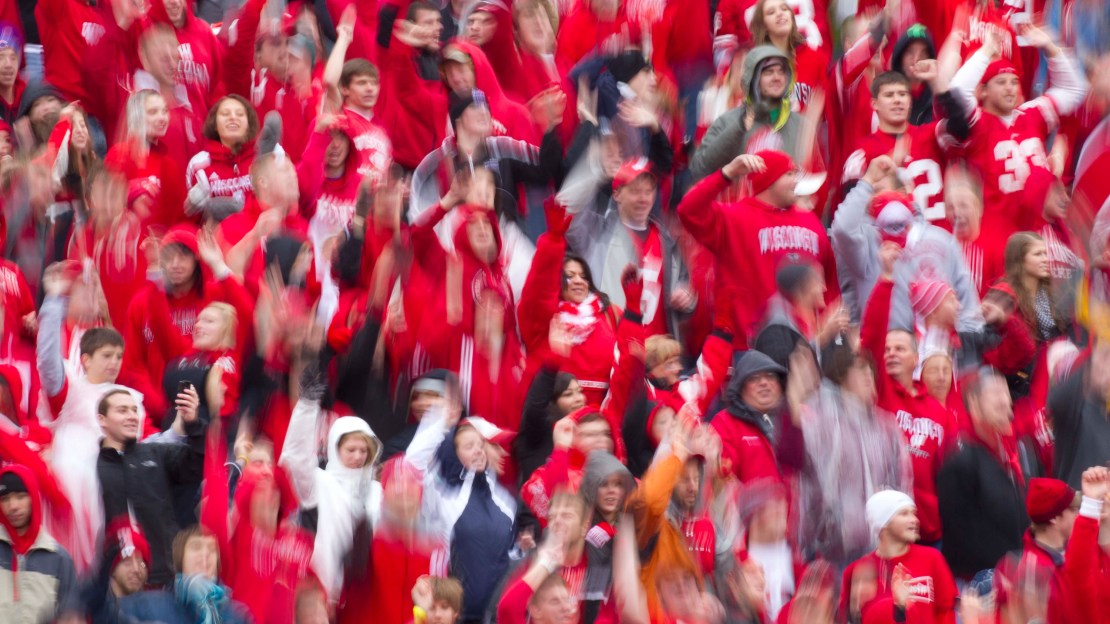 So this is pretty cool and it makes us wish it was possible to do it at every Big Ten football game. It's a 360-degree photo from last Saturday's Wisconsin football game against Nebraska. You've probably seen photos like this before, but we're always amazed at the the improvements being made in the actual resolution of the photograph.

You can find the photo at www.UWBadgers.com/fancam right now. Try zooming in as far as it goes. If you liked that Wisconsin photo, there are more here. This Daytona 500 example is stunning, too.

If you were one of the fans in the stadium, you can find your face and tag it for Facebook. They also have a few videos worth watching too, and a contest where you have to find Bucky. It's photos like this that made us wish we had a basement. Then we could print out one massive 360-degree mural and stick it up on the wall.

Update: How did we miss this when Michigan did it? Check out the photo from the game against Notre Dame. And Illinois plans to use this same technology in two weeks when they play Ohio State on Oct. 15.