Next Level: NCAA Football vs. NFL 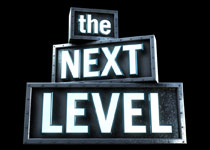 Seeing as how "The Next Level" crew spends much of the football season analyzing the transition from the college game to the NFL, who better to consult about the differences between the two levels than Big Ten products in the NFL? That's exactly what the show did Tuesday night with a piece featuring former Big Ten standouts on the Chicago Bears, including Anthony Adams, Gabe Carimi, Kellen Davis and Dane Sanzenbacher, among others. So what did the Big Ten products say? You'll have to watch the feature to figure out. Also, check out our interview with Michigan State defensive tackle Jerel Worthy in this post.

Let's take you around the Big Ten on the Web: Illinois has an eye on Indianapolis, home of the Big Ten title game. Michigan's Junior Hemingway practiced with a wrap on his right arm Tuesday. Michigan will get a huge payday for its 2012 game against Alabama. Michigan State gets a bye week to prepare for rival Michigan and it may have won the recruiting battle with its win at Ohio State. Freshman Max Shortell is Minnesota's starting QB until MarQueis Gray returns. Nebraska's Bo Pelini will face his alma mater, Ohio State, Saturday. Dan Persa's season debut was delayed due to a June setback. Watch a Q&A with Penn State' Devon Still. And Derek Moye. Wisconsin's Bret Bielema likes the Big Ten title game despite its risks. Russ Lande offers his NFL draft stock report. SI.com's Andy Staples released his latest power rankings.

And now for that promised Jerel Worthy interview: