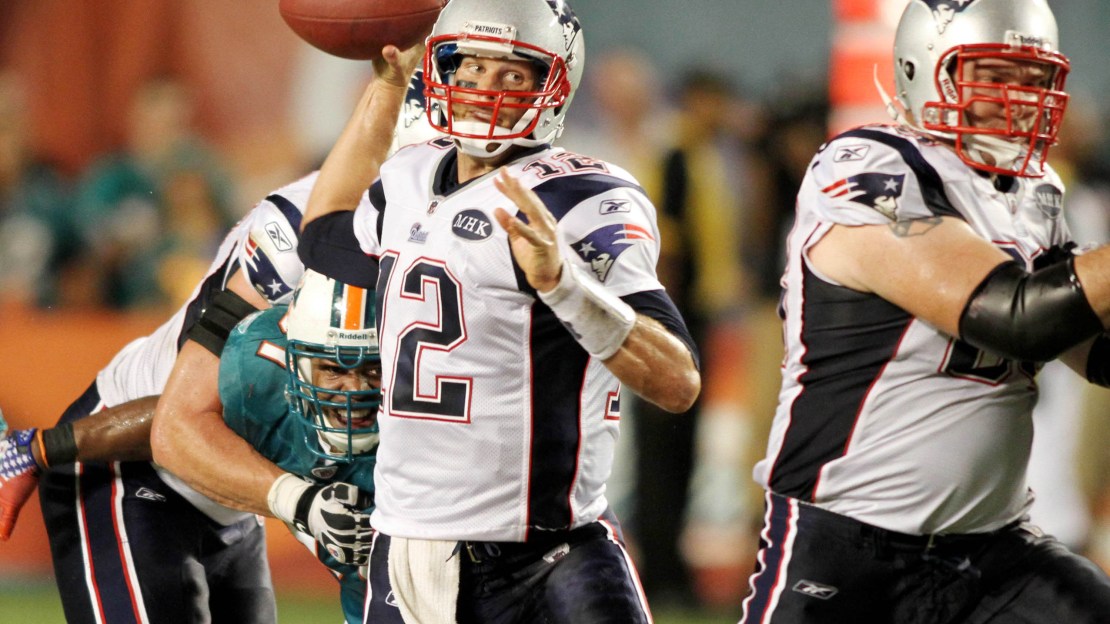 The 2011 NFL season got off to a great start this past weekend, and former Big Ten stars played a big part in the terrific opening act. All season long, use our Big Ten NFL Stat Tracker to see how former Big Ten players performed each week. Simply click on a player's name, and the link will lead you to his NFL.com game log. Every Tuesday morning, Brent Yarina will single out the Big Ten's best performances, plus link to their NFL.com highlights. See the Week 1 winners inside and watch "The Next Level's" NFL recap now.

Offense: Tom Brady, New England – The former Michigan quarterback threw for a team-record 517 yards, including a 99-yarder (Watch it!), and tossed four touchdown passes as New England went into Miami and beat the Dolphins, 38-24, on Monday Night Football. The game was a battle between ex-Wolverine quarterbacks, as Chad Henne threw for 416 yards and two scores (Watch it!), in addition to rushing for 59 yards and another score. The 933 combined passing yards set an NFL record for most passing yards in a single game.

Defense: Sean Lee, Dallas – The former Nittany Lion linebacker tallied a game-high 12 tackles and returned an interception 37 yards (Watch it!) against Mark Sanchez and the New York Jets. Lee's interception return was ruled a touchdown at first, but replay showed he went out of bounds at the 1-yard line. Speaking of interception returns, Purdue's Ryan Kerrigan had a pick-6 (Watch it!) and Penn State's Jared Odrick just missed taking one back for six points (Watch it!).

Special Teams: Ted Ginn Jr., San Francisco – The former Ohio State wide receiver, who entered the season with four return touchdowns in his first four pro seasons, had two special teams scores in 59 seconds to propel San Francisco past Seattle, 33-17. Ginn broke the game open with his fourth-quarter returns, turning a two-point lead into an easy win following a 102-yard kickoff return (Watch it!) and a 55-yard punt return (Watch it!). For the game, Ginn racked up 268 return yards. Former Gopher Eric Decker scored his first special teams touchdown, taking a punt 90 yards to the house against Oakland on MNF (Watch it!).

Have a nominee for the weekly recap? Tweet it to @BTNBrentYarina.

You can see more about the big weekend from Big Ten players in the NFL on "The Next Level" at 7 p.m. ET Tuesday on BTN. Every week, Jon Jansen (Michigan) and Brandon Williams (Wisconsin) discuss the Big Ten football stars from the past, present and future by tracking professional players, as well as those current Big Ten athletes poised to make the leap. Watch our "Big Ten Blast" now to get the latest Big Ten news.