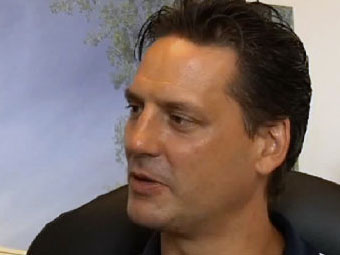 For a school in a state with two popular NHL teams, the Philadelphia Flyers and Pittsburgh Penguins, it was a bit surprising Penn State didn't have a hockey team. That's no longer the case, this after the school decided to add hockey as a varsity sport, starting with the 2012-13 season, in March. On April 24, the program hired Guy Gadowsky, the 2008 Inside College Hockey National Coach of the Year, as head coach. Gadowsky, formerly the coach at Princeton, brings 15 years of experience to the Nittany Lions.

"Penn State Director of Athletics Tim Curley has announced the hiring of Guy Gadowsky, formerly of Princeton University, as the first head coach of the Division I men's ice hockey program. The 2008 Inside College Hockey National Coach of the Year, Gadowsky brings 15 years of head coaching experience to lead the Nittany Lions into NCAA Division I competition starting in 2012-13.

Gadowsky has spent the past seven years leading Princeton's resurgence, which includes NCAA Championship berths in 2008 and '09 and the 2008 ECAC Hockey Championship. A native of Edmonton, Alberta, Canada, he was head coach at Alaska-Fairbanks for five years prior to taking the reins of the Princeton program and has earned league coach of the year honors at each of his three head coaching posts.

"Guy is the perfect choice for Penn State," said Penn State President Graham Spanier. "He has been immensely successful, is a great motivator, knows how to build programs, and has strong academic values."